Joey Votto to have shoulder surgery, skips remainder of 2022 season 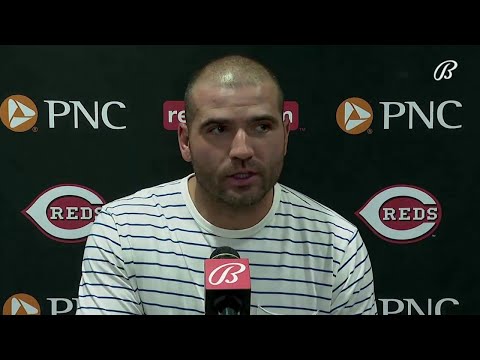 The Cincinnati Reds baseman Joey Votto was reported on Wednesday to be out for the remainder of the 2022 season due to his upcoming shoulder surgery, which necessitates months-long recovery.

After returning from the Field of Dreams game, Votto had an MRI scan, which showed a rotator cuff tear on his left shoulder. Consequently, doctors advised him to have surgery, which will be scheduled for Friday with a six-month recovery period.

According to Votto, he experienced a similar injury in 2015 when catching a throw up the line. It resulted in his left arm being caught by a baserunner.

"It bothered me for a bit afterward (in 2015), but the pain subsided, the strength returned, and I was able to manage," Votto said.

"But the doctor informed me with these sort of injuries, at some point, you hit a breaking point and you’re not able to manage it quite as well," he added. "That’s the way I felt over the last several months. I’ve noticed it has affected my hand, my arm in general."

Nonetheless, Votto said that he had been able to play through the injury so far and still plans to be ready for spring training in 2023.

“I’ve been able to play through it. Only the past, three or four months or so has it been painful to the point where without getting into specifics, difficult to lift, hurts to sleep."

In response, the Red’s manager David Bell said losing Votto for the time being would be difficult for the team but remains optimistic that he will return next season.

“It’s a big blow,” David Bell said. “Obviously we’re going to miss him a ton. I have no idea how he was playing with it … trying to play this game with a torn rotator cuff.

“I was lucky enough to talk to the doctors. They were very clear this has to get done in order to get Joey back healthy for next season. As much as we’ll miss him now, that’s kind of what I’m looking forward to.”

However, according to CBS Sports, this time, he somewhat struggled with power. He managed to hit 11 home runs in 91 games while scoring the highest strike-out rate of his career, while also walking at the lowest rate since his rookie period in 2008.

The 38-year-old player will be joining his final season with the Reds, under his 2023 contract worth $25 million with a $20 million club option as well as a $7 million buyout for 2024.

After winning against the Philadelphia Phillies on Wednesday, the Reds are currently in fourth place in the NL Central.