Warriors to play against Lakers in NBA season opener 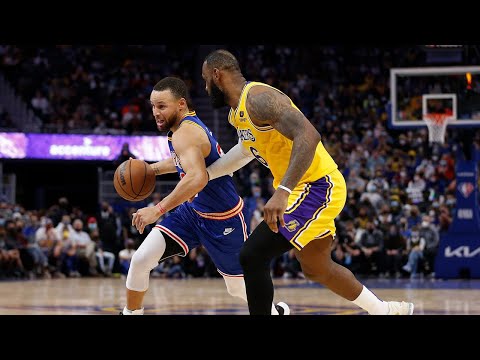 The official NBA schedules have yet to be released, but the matchup between the Warriors and the Lakers is said to be set. The Lakers' calendar schedule revealed that they will face the Warriors on the opening night of the regular season.

The host side, the Warriors, are expected to include their championship roster, with few changes. Several names, including Gary Payton II, Nemanja Bjelica, Otto Porter Jr., Damion Lee, and Juan Toscano-Anderson are delisted from the Warriors’ roster as they shifted to the free agency pool.

For the replacements, the Dubs recently acquired guard Donte DiVincenzo and center-forward JaMychal Green from free agency, while adding Patrick Baldwin Jr. and Ryan Rollins from NBA Draft who were selected in 28th overall and 44th overall (via Hawks), respectively.

Meanwhile, the Lakers are looking to fix the internal disorganization problems and trying to build a team around their “Big Three”, namely LeBron James, Anthony Davis, and Russell Westbrook.

Last year, the Lakers were out of playoff contention as they could only manage to record 33 wins and lost 49 times. The board also fired head coach Frank Vogel and appointed Darvin Ham.

According to Shams Charania of The Athletic, Stephen Curry and his team will start their title defense at Chase Center in San Francisco. Two of the top franchises were predicted to match up for NBA opening night because of their star player composition, said Charania.

The Warriors outperformed the Lakers by winning three out of four in the 2021-2022 NBA regular season. Warriors win last season's NBA opening night against the Lakers with Curry and Dubs’ players leading the game final quarter with 38-29, and the buzzer sounded Warriors secured a 121-114.

In that match, Curry collected 21 points, 10 rebounds, and 10 assists, while Lakers’ James collected 34 points and 11 rebounds.

On February 12, the Warriors snatched a 117-115 win from the Lakers with Klay Thompson scoring 33 points and James rallied behind him for 26 points scored.

The only win secured by the Lakers occurred on March 5 when they defeated the Warriors with a 124-116 score with James scoring 56 points and Curry tallied 30 points.

The most recent match between them was on April 7 when the Warriors secured a 128-112 at Chase Center. In that game, the Warriors’ best player was Thompson who scored 33 points with six out of 10 three points scored, four rebounds, and 11 assists.

Besides having a matchup against the Lakers, the Warriors are set to face the Memphis Grizzlies on Christmas day, according to NBA correspondence Marc Stein via Twitter @thesteinline.

Prior to the 2022-2023 NBA season, the Lakers and Warriors played a total of 430 NBA regular season games with the Lakers won for 258 times and the Dubs recording 172 wins.