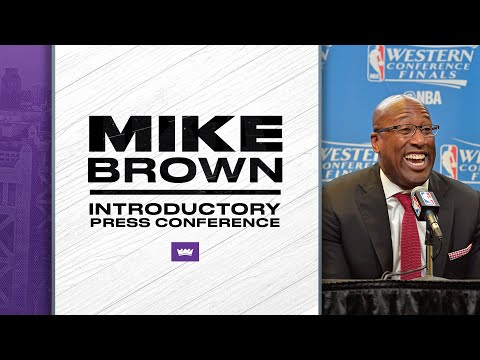 The Sacramento Kings announced Tuesday they hired Mike Brown as the new coach to end the team’s 16-year playoff drought.

The Kings hired Brown in May. Yet, he remained with the Golden State Warriors throughout their post-season run, which ended with the team’s fourth championship title in eight years.

“I would like to start out by thanking everyone in Warrior land,” Brown stated.

He previously worked as head coach in Cleveland, successfully leading the Cleveland Cavaliers to the NBA Finals in 2007. He has also coached the Los Angeles Lakers.

The Kings had a .366 winning percentage, the worst since the 2017-18 season. Brown said he aimed to record consistent wins with the state capital.

The team has not qualified for the postseason since 2006, and in the Pacific Division, it has always finished last in the past16 years. The Kings went for 30-52 this past season and dismissed Luke Walton in the middle of the campaign as well as Alvin Gentry from his interim position after they earned 25th place in offensive efficiency and 27th in defensive efficiency.

The team made the playoffs in all eight seasons under the leadership and guidance of coach Rick Adelman from 1999-2006. He was eventually dismissed in 2006, and for so long, has remained the only coach in Sacramento to score a winning record in any season.

“I was brought to the [Sacramento] Kings to lead in many different areas,” Brown said. He further commented that he has been heavily involved and has talked to every player on multiple occasions.

Considering that he has been with many different teams in the past 30 years, Brown was certain he could bring the team back to its feet and restore Sacramento to its former glory. He said that the only way for the Kings to go was up.

"The potential here, I truly believe the potential is off the charts," he said. "It gets me excited thinking about it. ... The players here, I'm excited about.

"There's just a lot of opportunity here for this place to explore, and I want to be a part of it."

According to Kings general manager Monte McNair, there were things that a coach must have in his team.

“We conducted in the front office here a very robust, thorough, comprehensive process,” McNair said. “We wanted to ensure that we found the right coach.

Brown has a good connection in the league, befriending Jody Fernandez from the Denver Nuggets, Jay Triano from the Charlotte Hornets, Luke Loucks from the Phoenix Suns, and Doug Christie, a former member of the Kings, whom he played against back in college.

“I’m excited about being here in Sacramento,” he said. “Each group on the market, to me, has a soul. And the stronger that soul is, the higher the group can be.”