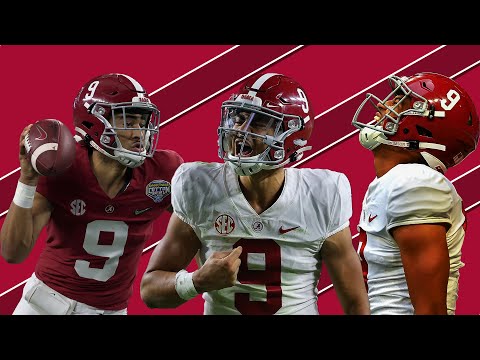 Alabama Crimson Tide star quarterback Bryce Young was named the SEC Athlete of the Year award on Thursday this week. Young snatched one of the sports’ most prestigious awards, the Heisman Trophy, for his outstanding play while leading the program to its first SEC title and trip to the playoffs.

Joining Young as one of this year’s most outstanding college players is South Carolina Gamecocks basketball star Aliyah Boston, who had won a bag full of individual awards and is closer to winning the national championship title with the program.

Naming both players as the awardee of the Roy F. Kramer SEC Male and Female Athletes of the Year was done through a vote by the sport’s athletics directors.

Alabama wrapped the past season with a huge smile on its face after winning the SEC title and successfully embarked for the first time into the tournament’s playoffs. This month, the sweet honey found its way to Young for winning the SEC’s male Athlete of the Year award.

The sophomore made quite an impression in the 2021 season. He made a whopping 4,872 passing yards in addition to hitting 47 touchdowns. Winning the award means he is the 13th Crimson Tide player to have been given such a prestigious award — joining fellow football players such as DeVonta Smith, Mark Ingram, Derrick Thomas, and Cornelius Bennett.

Young’s record-setting performance made him the fourth from Alabama who wins the Heisman Trophy. With only a year remaining before calling it a day playing in college football, the 20-year-old is looking forward to making his second SEC Athlete of the Year award.

SEC commissioner Greg Sankey sang high praise to both Young and Boston for their remarkable feats in each program.

“Bryce and Aliyah are the remarkable examples of what it means for a young person to fully participate as a student and as an athlete in the Southeastern Conference,” Sankey said.

“Both Aliyah and Bryce were honored with their sport’s national player of the year award as they each held themselves to the highest standards of competitive excellence. We are proud of both and grateful for their outstanding representation of the Southeastern Conference and of the accomplishments they have achieved as members of their university communities.”

Aside from the award cited above, Young was acknowledged by both the Associated Press and The Sporting News as college football's Player of the Year. The young QB also won the Maxwell Award and was recognized as the top college football player. Additionally, he brought two additional awards, namely the Davey O'Brien and Manning awards.

Boston became the first player in her university to win the Honda Cup, a trophy awarded annually for the Collegiate Woman Athlete of the Year. The award for Boston is way beyond well-deserved. She wrapped the previous season by taking home the unanimous National Player of the Year and the NCAA Women's Final Four Most Outstanding Player after helping the program to the 2022 national championship.