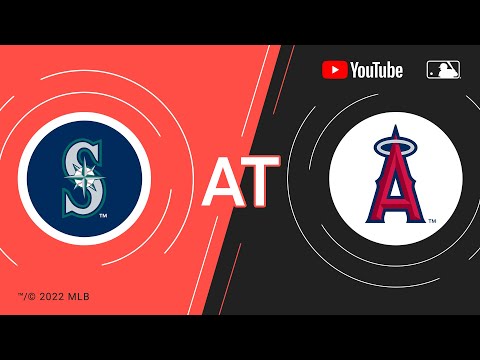 The Los Angeles Angels were defeated by the Seattle Mariners 11-7 on Wednesday, marking LA’s third consecutive defeat in a third-game series against Seattle at Angel Stadium.

The Mariners overcame Angels star designated hitter Shohei Ohtani’s four hits to set forth a complete sweep on the hosting team. Meanwhile, Seattle rookie catcher Cal Raleigh smacked a two-run homer in the top ninth to secure his 18th this year, making his name into the MLB’s lead among catchers list.

After a strong finish over LA, Seattle is sitting comfortably in the American League West standings No. 2 with 76-43 or only 10 winning points behind the leading Houston Astros.

On the other hand, LA is not in great shape as the team remains unable to move beyond fourth in the AL West standings.

“They’ve got really good hitters over there that don’t chase much,” Angels interim manager Phil Nevin said, praising the Mariners. “When you don’t put it over the plate or you’re behind in the count, you can get hurt.”

Seattle displayed a dominant display taking on the LA-based franchise. Both teams began the game by going scoreless in the first and second innings. However, in the third, the Mariners recorded four points, while the Angels were only limited to one.

Seattle right fielder Mitch Haniger was the first scorer for the team via his single RBI. Teammate shortstop J.P. Crawford followed suit with an RBI walk and first baseman Carlos Santana added another two with a two-run single to ensure the team claimed a 4-0 lead.

The Mariners were flawless until LA added a single point via second baseman David Fletcher, who made a single RBI in the bottom three of the inning. The teams went scoreless in the fourth and only until the following inning did both franchises start their scoring frenzy.

Seattle third baseman Eugenio Suarez smacked a two-run homer when Mike Mayers was pitching. The Venezuelan batting display caught the attention of many since he racked in two points for the team. Not long after, Raleigh made his first home run of the game via a solo homer to Mayers in the top five of the innings.

Desperate while trailing six points behind the leading Seattle, LA managed to add two points via Ohtani’s single RBI. Shortly after, third baseman Luis Rengifo made double RBIs. The Angels were scoreless in the sixth, while the Mariners made two via a two-run homer by DH Jesse Winker—the score was 9-3.

In the seventh inning, Seattle was scoreless as LA added two points when Ohtani made his RBI triple and right fielder Taylor Ward had a sac fly to the far left.

With seemingly zero chances to win the game for LA, Raleigh made his second homer and propel the team far up on the scoring board with 11-5. Ohtani tried to catch up with his last hit of the game, which was a two-run homer that set the score to 11-7, only to have Mariners star pitcher Matthew Festa steal away the win.

“Yeah, Ohtani was on everything," Servais said. "They kept coming back on us, but we did some awesome stuff offensively."

Up next for both teams, the Angels will start their three-game series with the Detroit Tigers on August 19. Meanwhile, on the same date and series, the Mariners will take on the Oakland Athletics.