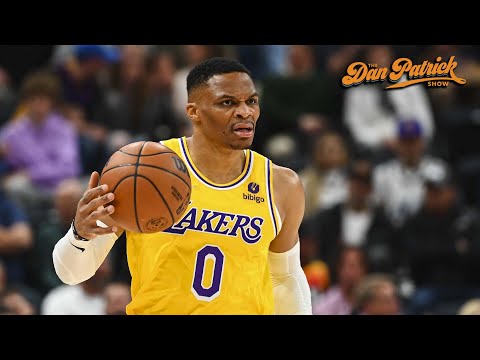 The Los Angeles Lakers are in a tough situation right now. They missed the playoffs even though they had some of the best players in the league such as Anthony Davis, Russell Westbrook, and LeBron James. Darvin Ham might be able to help the team, but he probably won't be able to completely turn it around.

Despite the negativity surrounding the team, most Lakers fans are probably aware of the situation. However, Bill Plaschke, a veteran journalist, still made a few harsh remarks about the team during an appearance on The Dan Patrick Show.

For most of his career, Plaschke has been a part of the Los Angeles Times. He has a first-row seat for the highs and lows of the team. Lately, he has been writing about the Lakers' struggles.

During an interview, Dan Patrick asked Plaschke how Lakers fans should feel after the proposed trade for Irving fell through. He didn't have much optimism for the team's future.

According to Plaschke, the fans should feel good about the fact that Russell Westbrook is still a team member. He also stated that he's glad the team can't break his soul due to the amount of money he reportedly received.

However, Plaschke also reiterated that the Lakers fans are in trouble, and they're not going to get better. Even though the team's best option is to sign Gary Payton, he joked that the team might end up getting Gary Payton Sr. instead of the Warriors' Gary Payton II.

"Laker fans are, they're in trouble. They've thrown their hands up. Kyrie wasn't going to help, he was going to make it worse, but it's still bad. They've got nowhere to turn. I mean, their best option right now is to try to get Gary Payton, but knowing their luck, they'll get the Gary Payton Sr. and not the son." Plaschke continued.

Despite the situation, it's not unreasonable for Plaschke to say that the Lakers will not be able to make significant changes to their roster due to their available talents, such as James, Davis, and Westbrook. Patrick then asked about the prospects of the neighboring rival team, the LA Clippers.

However, Plaschke noted that the team's struggles this season have made it hard for fans to feel positive about the team's chances of making it to the NBA Finals.

"I'm on the verge, I'm not gonna do it, but I'm gonna come right to the edge of saying, of predicting them to be in the NBA Finals next year... They've got a heck of a team. They've got to be, in my mind, considered one of the favorites in the west next year, if not the favorite," said the former journalist.