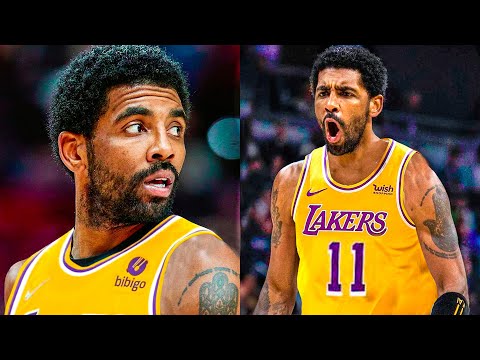 ESPN’s Adrian Wojnarowski has said the Boston Celtics are leading the race to acquire Kevin Durant from the Brooklyn Nets. The Miami Heat, Phoenix Suns, and Toronto Raptors are also in the race for the player.

Shams Charania of The Athletic reported that the Celtics had offered a package that included Jaylen Brown to bring Durant to TD Garden.

The Nets’ mission is understandably to find a player of Durant's caliber. Despite the Celtics stepping forward as the most potential suitor, no team has yet to reach the significant threshold that the Nets’ have set.

“The Nets' posture on a potential trade has been largely unchanged,” Wojnarowski said. “They want a massive return that potentially includes multiple unprotected first-round picks, pick swaps, and impactful players for Durant.”

Charania supported the rumor, saying the Celtics were serious about signing the player.

“As of right now, the Celtics have emerged as a serious possibility as a landing spot for Durant,” he said.

“They have tremendous interest in bringing him in and view him as a piece that could take them over that final hurdle. Although there is work to be done, there is a deal to be had that would suffice the Nets’ overwhelming ask.”

Durant, a 12-time All-Star and two-time NBA Finals MVP, asked for a trade in June. He has four years and $198 million left on his contract, allowing the Nets to wait patiently to make a deal with the right club for him.

The Celtics are not the only side expecting the Celtics-Durant deal to happen. According to Fansided’s Jason Reed, the deal would also be beneficial for the Los Angeles Lakers.

“This is bittersweet for Lakers fans as on one hand the Celtics would undeniably be getting better and their chances of winning the NBA Finals next season would go up,” Reed said. “On the other hand, if they are the only team interested enough in making a KD trade then they are the key to the Lakers getting Kyrie Irving,”

“And of course, the only way that the Lakers can contend for a title next season is if they not only get Westbrook off the roster but also can bring in an all-star guard to replace him."

Reed explained that the move would trigger other transfers.

“If anything, this potential Kevin Durant trade for the Celtics could set up really interesting theater," he said. "It would eventually lead to an Irving trade, and who knows, perhaps the two most storied franchises in the NBA could meet up in the NBA Finals once more.”

Meanwhile, veteran journalist Stephen A. Smith said Irving had sunny Los Angeles on his bucket list. The player is expected to hit free agency by the end of the season, making a move to the Lakers possible.

“Kyrie Irving is telling everybody he plans on going to LA meaning the Lakers, as soon as he possibly can," said Smith. "The likelihood is that he’ll likely go through this season, and then when he becomes a free agent after this upcoming season is over, he plans on rejoining LeBron James in a Lakers uniform.”