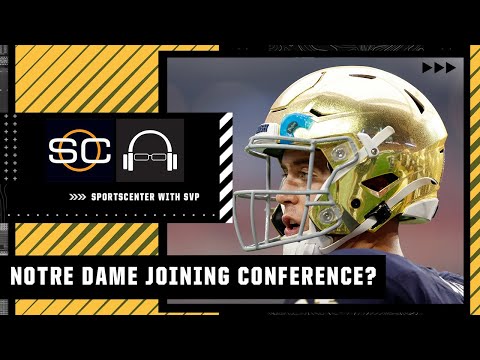 College sports is currently undergoing a massive realignment, with teams moving to another conference. Earlier, the USC Trojans and UCLA Bruins confirmed to join the Big Ten. This time around, the Notre Dame Fighting Irish might fully hop into a conference or be at risk of getting left behind.

However, Pat Forde of Sports Illustrated claimed that while Notre Dame’s view of remaining independent in college sports was still a top priority, the current dynamic landscape was a concern to the program and might affect the Fighting Irish’s point of view in the future.

In the meantime, it seems that Notre Dame can still purchase the luxury of time, but college sports enthusiasts like Forde have predicted either one of the Big Ten, SEC, or ACC would likely be the conference the program would choose.

If the Fighting Irish were to land in a conference, the entire college landscape would change. Many consider Notre Dame the determiner that defines whether college football will remain a national sport or a lite version of the NFL, especially since college football has adopted the NFL’s business practice.

After the news that the Big Ten acquired USC and UCLA from the Pac-12, Notre Dame reportedly would follow suit. The idea of having two super conferences has always been something that keeps bothering college sports enthusiasts.

Reportedly, B1G commissioner Kevin Warren was keen on having the Fighting Irish at the conference. The likelihood of that happening is never too far-fetched, and it would instead accelerate the two super conferences. That is if the B1G manages to defeat the SEC in a bid to win over Notre Dame.

From a money standpoint, it is worth every penny. As a brand, the Fighting Irish became a powerhouse after they parted ways with the College Football Association (CFA) and signed a broadcasting deal with NBC in 1991. The deal expired after the 2025 season, and the program has generated $15 million annually in addition to $10-11 million from ACC in other sports.

If the Fighting Irish’s contract with NBC expired and they were to join the B1G or SEC, the College Football Playoffs (CFP) would likely only be decorated with 40 teams from both the B1G and SEC. Giving these teams access to CFP will not be driven by a governing college football committee but by TV contracts.

A four-team SEC playoff will likely be televised by either ESPN or ABC, while Fox will feature the same number of teams for the B1G playoff. Between these networks, a grand or national championship game will be rotated similar to the NFL’s Super Bowl.

It is only a matter of time for Notre Dame to pick a side. It seems like halting the growing possibility of the two super conferences is the appropriate option. In other words, the Fighting Irish might want to make their way to the ACC.

It appears that Notre Dame has the luxury of time on its side. However, the growing unstable college sports landscape likely means that it is only a matter of time before the program pledge allegiance to a conference.