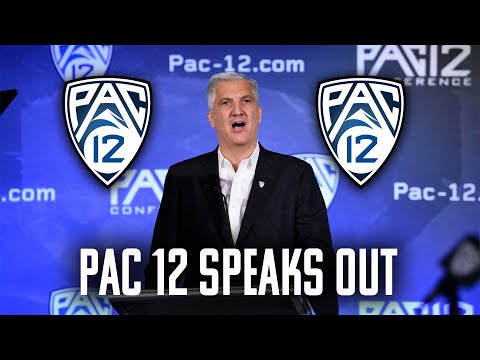 The entire college sports landscape is undergoing massive realignment. Recently, the USC Trojans and UCLA Bruins departed from the Pac-12 and joined the Big Ten. For the Bruins, the move was a necessity since it could help the school with its concerning debts.

As the realignment transpired, all eyes began looking at the Pac-12 commissioner George Kliavkoff. Many hope the conference boss could help his bruised and beaten conference back to its proper footing. Multiple sources hold that insiders praised Kliavkoff for holding up the Pac-12, calling the commissioner’s efforts “impressive” and “relentless.”

The future of college sports is heading toward an environment filled with TV contracts, a lite version of the NFL. Regardless, Kliavkoff’s labor is still worth rooting.

It is common knowledge that college sports are heading closer to realizing the omnipotent being of two super conferences, filled with billion dollars worth of TV and media contracts. The confirmed departure of USC and UCLA even shocked the Notre Dame Fighting Irish’s independent spirit, prompting the program’s higher-ups to reevaluate whether they should fully pledge their allegiance to a conference or not.

However, for any programs with a similar case to the Bruins, the move to a greener pasture that is the Big Ten seemed to be out of the question if the school wanted to put an end to its piling debts. The Pac-12 also has been ineffective in pushing resources to UCLA as the conference is among the left-behind ones, unlike the Big Ten.

Therefore, it seems that there are and always be only two options at hand, to turn college programs into brands and allow these brands to produce more TV ratings⁠—to Put it simple, NFL-lite matchups every weekend. For casual fans, this is not a problem. Cutting off the total number of teams to 40-50 and spreading them evenly across two or three super conferences does not sound like a bad thing.

However, for Yahoo Sports’ Dan Wetzel, the 130ish programs with various shapes and sizes are exactly what defines the chaotic yet interesting landscape of collegiate sports. From state institutions, elite universities, even military academies, and many more competing for a single championship title makes college sports what it is known and loved today.

Wetzel added that the Pac-12 must keep itself in one piece and its conference counterpart the ACC to stabilize itself. He continued that Notre Dame also should remain independent.

“The best thing for college football is for the Pac-12 to hold the line and stay together. For the Big 12 to be itself. For the ACC to try to remain stable. For Notre Dame to maintain its independence. For this to continue as a vast and national pursuit,” Wetzel wrote.

He continued that leadership failed the sport as the landscape slowly yet steadily turned itself into a revenue and business-centric environment.