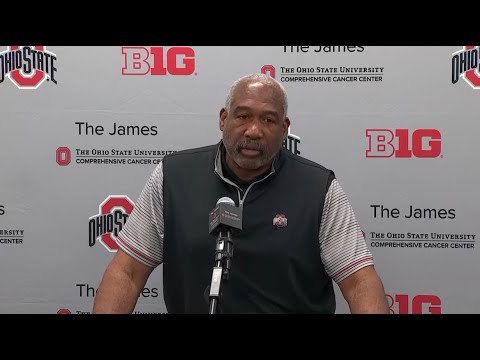 The Big Ten Conference, originally known as the Western Conference and the Big Nine Conference, is the United States' oldest Division I collegiate sports conference. Now, it has become the second megaconference in college football after its presidents and chancellors opted to welcome USC and UCLA as new members.

According to Ohio State's athletic director Gene Smith, as a current member, Ohio State may benefit from the growth of major conferences, particularly the admission of UCLA.

The Big Ten’s recent additions of USC and UCLA become very popular move in and around the Ohio State football program, according to Smith. On Friday, he spoke to the media about his views regarding the news of the two colleges announcing intentions to join the Big Ten in 2024.

He asserted that the two schools can help "carry some weight" for the Big Ten and make the competitions more intense. The Big Ten is mostly known as a football league dominated by the Buckeyes in recent years.

“For Ohio State, it frankly provides two other schools in unbelievable markets that frankly can carry some weight,” he said.

Smith said that Ohio State Buckeyes has been on the top of the Big Ten over the years, hence following the USC and UCLA participation will make the competition more valuable.

“At the end of the day, Ohio State has been a program for the Big Ten over the years that has been at the top of the pyramid in the Big Ten and carried a significant amount of weight in the value of the Big Ten," Smith explained.

Moreover, he also said that the Buckeyes now have other support to level up and contributed to the Big Ten conference, which he is "excited" for.

According to sources, the decision of USC and UCLA to leave the Pac-12 for the Big Ten is due to financial issuex. Despite being located in the second-largest television market in the U.S., both USC and UCLA feel underwhelmed by media payouts.

Smith stated that USC and UCLA entering the Big Ten was a need for the conference itselff. It was his take for the Southeastern Conference, and the newest additions Oklahoma and Texas helped the SEC become the first Power Five league with 16 teams from Big 12.

“We weren't doing it in response to the SEC,” Smith said. “We were doing it for our needs.”

Big Ten Commissioner Kevin Warren promptly replied to USC and UCLA petitions, calling for a teleconference of member schools to discuss the bids and review the league's admittance rules.

“With two institutions that culturally fit us,” Smith said, “It was too good to pass up.”

“I don't think everybody realizes sometimes that the Big Ten, in addition to a great athletic conference, is a great academic conference,” he said.

Smith also stated that expanding to 16 schools will allow the league to send more teams to the College Football Playoff and will have a financial impact.

With the additions of USC and UCLA, the Big Ten will now reach from coast to coast as early as 2024.