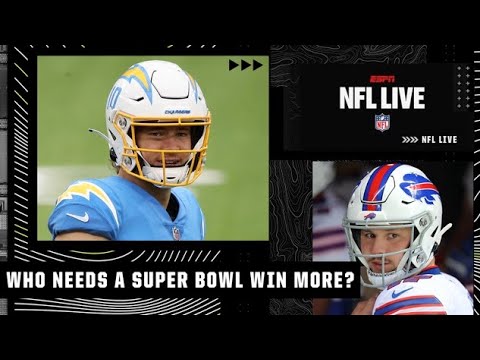 With the new season approaching and training camps already underway for some teams, Colin Cowherd has revealed his predictions for the 2022 NFL season. The senior analyst continued his annual tradition of naming favorite picks ahead of the start of the 2022 season in an episode of The Herd.

Starting with AFC East, Cowherd favored the Buffalo Bills as a top contender for winning the division and potentially winning the conference title. He put the Miami Dolphins, New England Patriots, and New York Jets as challengers.

The Bills won the AFC East for the last two seasons, knocking the Patriots off their perch after decade-long domination in the division. Cowherd argued that with their undoubtedly deep squad, the Bills would see no challenge to finish with the same result this season.

"Bills will win the division," Cowherd said. "I think they'll be a 12-5 team. They're my favorite to win the Super Bowl, but I thought they were going to win it last year."

Due to the signings, Cowherd said the Bengals would still be difficult to outplay. Earlier this year, the Bengals lost the Super Bowl LVI to the Los Angeles Rams. The Pittsburgh Steelers, Baltimore Ravens, and Cleveland Browns are sitting next on Cowherd’s list.

"I think the Bengals have a star quarterback, a star coach, and I also think they really solved the one dilemma," he said. "The fact they got to a Super Bowl with that offensive line is remarkable."

In the AFC West, Cowherd said the Denver Broncos were the leading contenders for the divisional title, thanks to their brilliant move in the offseason. Former Seattle Seahawk quarterback Russell Wilson is joining the team and is set to go full throttle this season.

"Denver wins the division at 11-6," he said. "I think Russ, like Stafford and Brady, was built to be a catalyst on a super-talented roster. I love their front office."

Heading to the south, Cowherd put the Indianapolis Colts ahead of the Tennessee Titans, Jacksonville Tigers, and Houston Texas on his favorite list for AFC South. He insisted Matt Ryan’s arrival would improve the chance for Colts to secure the divisional title.

"Matt Ryan finally gets elite protection," he said. "I still think they lack the perimeter ‘Wow’ to be a Super Bowl team. I like their structure, but the really important positions like a wide receiver, left tackle, corner — I don't love them. Their best players are a guard and a linebacker, and the linebacker struggles to stay healthy."

In the NFC Conference, NFL reigning champions Los Angeles Rams are Cowherd's favorite to dominate the West side. Cowherd also said the Philadelphia Eagles would win the NFC East, and Minnesota Vikings would claim the North. As for NFC South, Cowherd said the Tampa Bay Buccaneers were still a strong candidate despite Tom Brady's retirement.

Cowherd said internal conflicts in the Green Bay Packers did not change the fact that they are the strongest wild card candidate. Cowherd said he was concerned about quarterback Aaron Rodgers "not trusting" some of his new receivers following Davante Adams’ trade to the Las Vegas Raiders. Aside from the Packers, Cowherd chose the Arizona Cardinals and San Francisco 49ers as his NFC Wild Card favorites.