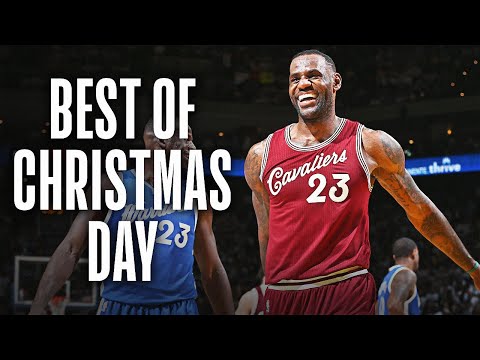 Shams Charania of The Athletic has reported the matchups for the NBA Christmas Day games.

The 2022-23 season will be the 75th season the NBA holds Christmas Day games. The event was first held in 1947. Ever since then, the league’s top teams, stars, and best up-and-coming players have been competing in the spirit of the holiday.

According to Charania, some of the teams that will play on Christmas Day are the Golden State Warriors, Memphis Grizzlies, Dallas Mavericks, and Los Angeles Lakers. Below are the matchups:

Two of these games are rematches from this past postseason. Previously, the Warriors defeated the Grizzlies in six games in the Western Conference semifinals in May.

The game between the Bucks and the Celtics will also be a rematch. Earlier, the Celtics defeated the Bucks in the Easter conference semifinal. The Lakers will meet the Mavericks for the second time since both teams played against each other on Christmas Day three seasons ago.

The Nuggets and the Suns met in the playoffs in 2021. The latter triumphed over the former, thanks to Devin Booker and Chris Paul. At that time, the Nuggets did not have star Jamal Murray. The team was expecting him to return by the start of the regular season.

The game between the 76ers and the Knicks will be the first Christmas game for Joel Embiid and James Harden but the 55th for New York.

The Lakers have not played an away Christmas Day game since 2018-19 when they won 127-101 over the Warriors. At that time, LeBron James had a groin injury that prevented him from playing for over a month.

According to Damian Burchardt from Lakers Nation, the team is hoping for an easy game to start 2022-23 to allow new players to develop some chemistry with James and Anthony Davis. So far, the Lakers have acquired six new players.

Chris Haynes from Yahoo Sports said that after James signed a two-year contract extension with the Lakers, he expressed concerns over the team’s competitiveness to general manager Rob Pelinka and new head coach Darvin Ham.

“James and his agent Rich Paul — CEO of Klutch Sports — met with Pelinka and head coach Darvin Ham last week. The 37-year-old is approaching his 20th season in the league. He is due for a two-year, $97.1 million extension,” Haynes wrote.

“And while contract dialogue was broached, the majority of the hour-long meeting was about expressing concerns, and hearing out strategies and opinions to assure there wouldn’t be a repeat of last season’s epic failure.”

Stressing the importance of cohesion, James also said he wanted the team to be able to compete for a championship.