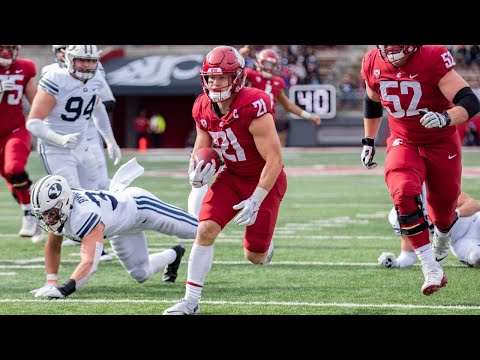 The Denver Broncos announced Wednesday that the team replaced running back Damarea Crockett with undrafted rookie Max Borghi. Denver resorted to the move after Crockett tore his ACL, forcing the team to put his name on the injured list.

Borghi’s name was not only included as a replacement to the injured Crockett but also as a “deep reserve/special teams contributor”, as per Sports Illustrated’s Zack Kelberman.

Borghi went through a bumpy road to debut in the big league. He was undrafted following his collegiate career with the Washington State Cougars and had a very short stint with the Indianapolis Colts. The Broncos only laid eyes on him after the previous off-season tryout in June as the Arvada native entered the team's audition.

The Broncos confirmed they had two players on the injured reserve—Crockett and wide receiver Tim Patrick, who sustained the same injury as the RB.

“The Broncos have added to their roster following a pair of injuries. Denver signed free agent running back Max Borghi, the team announced Wednesday,” the team said via a release.

“In corresponding moves, the Broncos placed wide receiver Tim Patrick and running back Damarea Crockett on injured reserve. Both players are now ineligible to return during the 2022 season.”

Denver also said that it had visited quite a handful of free agent players, including quarterback KJ Costello, RBs Jaqan Hardy and Jaylen Samuels, and wide receivers Jonathan Adams, Kekoa Crawford, and Darius Shepherd. The move suggests that Borghi will soon be joined by new replacements.

"I thought he did some really nice things," Broncos offensive coordinator Justin Outten said of Borghi. "He's got good twitch, he's patient, he waits for that lane to open and then he pops it. He did a couple of good things in protection as well."

After finishing his playing career with Washington State, Borghi inked a deal to play as an undrafted free agent for the Colts on May 13, 2022. However, in less than a week, he was waived by the franchise.

"I can catch the ball, I can run, I'm healthy," Borghi said during the March Pro Day. "Just pretty much everything jumps. All of that seems so important. But at the end of the day, I'm a football player, and this is almost a track meet out here."

Borghi remained certain that he would soon land a deal with an NFL team.

"They're getting a player who can do it all. A great teammate, a great leader. And as a player someone who is hungry and will never go down, I'll keep fighting," he said.

"I'm versatile: I can catch the ball, run the ball, I can do it all. I'll play special teams, I'll do any little thing it takes to make a team. I'm passionate about this game, I just want to live out my dream and play in the NFL."

Borghi made an outstanding record count of 880 rushing yards, 12 touchdowns, and 16 passes for 156 yards during his senior year with the Cougars.