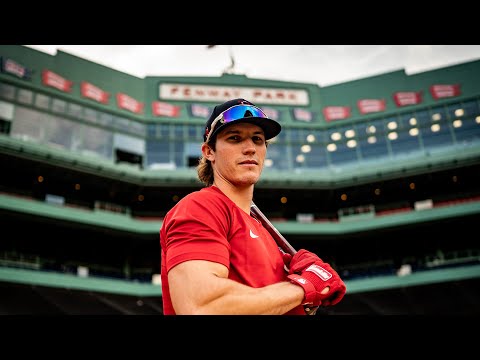 Jarren Duran, the Boston Red Sox's outfielder, claims the Texas Astros cheated during the 2017 World Series. His statement emerged during a recent game.

The video showing this encounter was shared on Twitter. Astros fans were not pleased with it and pointed out that the Red Sox also had a similar scandal in 2018. The team even got stripped of a draft pick as a penalty from MLB because of this case.

Duran had only made his MLB debut with the Red Sox in 2021. When the Astros' scandal broke, he was still playing for the Cape Cod League's Wareham Gatemen at Long Beach State.

Thus, according to NBC Sports, his personal opinion regarding the scandal is not "biased" with the experience of going against the Astros. He also had yet to join his team when the Red Sox scandal happened.

The Boston team had also caught up in a sign-stealing scandal in the 2018 regular season. J.T. Watkins, the team's video operator at that time, had used the camera around the field to decode signs being used by the opposing team to relay their strategies secretly. This practice is common in baseball leagues, but the regulation prevents teams from doing this in real-time matches.

The team received the penalty in 2020, but this case was deemed to have a smaller impact than the one done by the Astros. MLB Investigation also showed that most players and coaches were unaware of their operator's actions at that time.

NBC Sports made a quip that "things could get awkward" at the Red Sox's turf. The Red Sox's manager, Alex Cora, was an involved party in the Astros scandal.

Back in 2017, Cora was a bench coach for the Houston team before moving to the Red Sox in 2018. He was fired after the MLB investigation's result on the Astros came out, but rehired after the 2020 season.

Duran is not the only person in the baseball community making a stance regarding the Astros' scandal, as there are other players who also made similar statements in the past. In 2019, Kurt Suzuki, who played for the Washington Nationals at that time, even made a comment saying that he thought the Astros still cheated in that year's World Series.

Recently Carlos Beltran, one of the seven Astros players convicted of cheating, made his thoughts about the scandal known to the public.

"We all did what we did," Beltran said. "Looking back today, we were wrong. I wish I would've asked more questions about what we were doing."

The Astros scandal was one of the biggest scandals in MLB in recent years which caused a divide in the baseball community. Some people attacked the league for its poor approach to dealing with the case. It also creates a distrust of the sport.