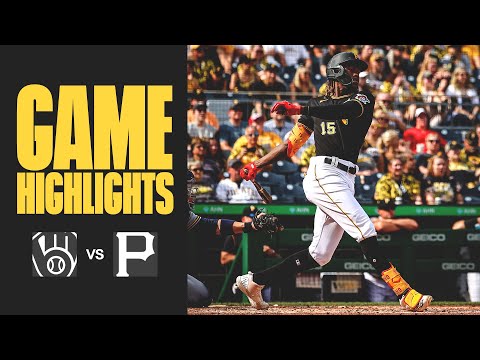 On Saturday night, the Pittsburgh Pirates (32-46) and Milwaukee Brewers (45-35) faced off in the third game of a four-game series at PNC Park in Pittsburgh. The score was 1-1 before the Pirates snatched the 7-4 victory, making them win two out of four games.

It was Pirates’ shortstop Oneil Cruz who contributed to the team’s win over the Brewers with his 12th RBI in 13 games this season. Cruz helped the team to lead 4-1 by hitting the ball in the fourth inning. With two outs, he hit the ball on a blast to the right at 392-foot with a 112.3 mph velocity over Brewers’ pitcher Aaron Ashby.

Statistically, the 23-year-old has recorded at least one RBI since playing for the Pirates on June 20 and ran once in his first nine games at home. The ball hit led to Cruz’s third home runs for the Pirates throughout the year despite Pittsburgh manager Derek Shelton saying that he did not expect Cruz to hit because Ashby's throws were good.

“The homer, when he hit it, my first thought was, ‘I hope a fan gets out of the way because this ball is coming in hot,” he said

“It’s right at our vantage point right there, so I was just hoping somebody got out of the way.“

Following that solo homer, Cruz tallied a total of 15 home runs for the Pirates this season since his arrival at the team after playing for Triple-A Indianapolis.

Bryse Wilson, who also played in this game, said he was thrilled about the win, especially for Cruz's performance. He said that the shortstop was playing well and made his task on the mound easier to do. In that game, Wilson picked up his first win since September 2021 and allowed two runs on eight hits with four strikeouts to Brewers batters for six innings.

“It’s kind of like a breath of fresh air. Weight being taken off my shoulders. I knew it was there, it was just finding out how to get it, how to use my stuff and execute the way I did," he said.

Meanwhile, Pirates’ first baseman Michael Chavis expressed similar views regarding the win. He applauded the Pirates’ play, especially the teamwork that was shown by the team. In addition, Chavis said that the Pirates are "having fun" as they won against the Brewers.

“We’ve got a lot of guys that like to have fun," he said. "We have fun when we’re on the ballfield. I think these guys like to get after it. These guys work hard.”

The next game will be the final of four between the Pirates and the Brewers. Jose Quintana will play as a starting pitcher for the Pirates and have a showdown against Brewers’ Brandon Woodruff on Sunday.