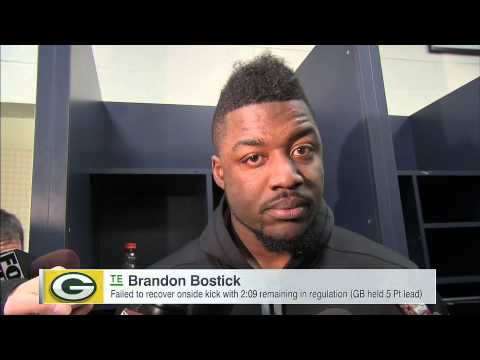 Brandon Bostick, a former NFL player, is currently going through a difficult period. The former Green Bay Packers and the New York Jets tight end disclosed on social media that the NFL will no longer pay for his health insurance.

The 33-year-old former player wrote and posted on social media that he was disappointed that the league was no longer providing health insurance coverage for him and that all former players need to be covered as well.

For Bostick, it’s bizarre that a billion-dollar industry like the NFL doesn’t provide health insurance for its players for the rest of their lives. There are hopes that the NFL may follow the MLB’s lead in this regard.

In addition, a number of supporters urged that the NFL give all retired players access to lifetime medical coverage. Fans sent a collection of tweets regarding this matter.

“I was today years old when I learned the NFL doesn’t provide health insurance for life for its former players. Something seems massively wrong about that,” @clnbrns added.

Some criticized the league for raising the wealth of the privileged.

“People’s minds are so warped. The amount of comments rebutting this is wild to me. NFL owners are BILLIONAIRES. Players deserve to be covered for life based on the amount of physical damage they take to keep these old white dudes rich," another user remarked.

Bostick only played in the league for a short time. After going undrafted, Bostick joined the Green Bay Packers, where he had possibly the worst moment of his career.

With two minutes and nine seconds remaining in the final quarter of the 2014 NFC Championship Game, the Packers held a 19-14 advantage over Russell Wilson and the Seattle Seahawks. The Seahawks had just scored and then attempted an onside kick.

Jordy Nelson, the team’s star receiver and holder of one of the best sets of hands in the league, was located directly in front of where Bostick was situated. Nelson was the man that the Packers wanted to catch the ball, and if he had, it would have effectively finished the game. However, Nelson was unable to accomplish this goal.

But for some unknown reason, Bostick, who was in front of Nelson, chose to try and receive the onside kick. Unfortunately, he fumbled the ball, and the Seahawks recovered it.

Aaron Rodgers was two minutes away from making it to the Super Bowl when the incident happened. Bostick’s mistake in the final of the game gave Seattle a chance to win.

After that, the tight end would go on to play for several other teams, including the Vikings and the Cardinals in 2015 (both on their respective practice squads), followed by the New York Jets in 2016.