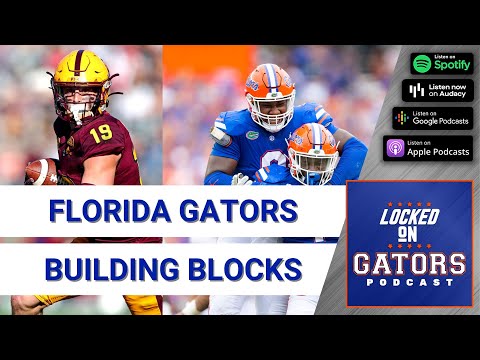 Sports Illustrated's Pat Forde recently released a list ranking Power 5 schools from one to 69 based on their contribution to their conference, with Florida ranked sixth on the list released on Thursday.

Florida's desirable ranking is an asset to the ACC as the current team given that the Big Ten and Southeastern Conferences will each have 16 teams in the coming years with the additions of UCLA and USC in the Big Ten and Oklahoma and Texas in the SEC.

In reaction to the shift, Forde devised a method to calculate the total worth of each Power 5 school's sports program by comparing all 69 institutions in five areas, with variables such as:

Football rankings: Based on a five-year average of Sagarin ratings from 2017 to 2021, using only current and future Power 5 schools. Alabama is the best school, while Kansas is the worst.

Academic: The most recent national university rankings were published by the U.S. News & World Report in 2021. Stanford is the top academic institution among the Power 5, and West Virginia is the school at the bottom.

All-sports rankings: The Learfield Directors' Cup Division I standings for the 2021-22 academic year also rate output in 19 sporting events, with baseball, men's and women's basketball, and women's volleyball serving as required sports counters. Texas is the top overall athletic program for the second year in a row, and the Power 5 laggard is Cincinnati.

Football attendance: A home-game average attendance from 2017 to '21 (via NCAA data), excluding '20 due to the COVID-19 pandemic. Michigan in the Big House is the biggest draw and Duke has the fewest attendance in his seats.

Broadcast viewership: The total number of football games with one million or more viewers: from 2017 to '21, excluding '20 due to the large disparity in the number of games played across the country. Oklahoma has the most games that have reached the one million mark, while in recent years, few have tuned in to watch Oregon State, Rutgers, and Duke.

Florida ranks sixth in comparison to other conferences

Following the announcement of the ratings, the Florida Gators finished sixth overall in the major conference rankings, out of all 69 programs, with a total score of 58.

The Florida Gators trail their archrivals, the fifth-ranked Georgia Bulldogs, by a single point, with a total score of 53, where the lower the number, the higher the ranking.

The Ohio State Buckeyes finished first among the entries, followed by the Michigan Wolverines, Notre Dame Fighting Irish, and Texas Longhorns, in that order.

After the Orange and Blue, the remaining top ten teams are the Wisconsin Badgers, Oklahoma Sooners, USC Trojans, and Alabama Crimson Tide.

Ohio State would be the overall top pick in a blow-it-up-and-start-over iteration of big-time college athletics because the Buckeyes check all the boxes: football excellence, quality academics, all-sports success, and a large alumni base/fan base that occupies the venue and watches the games. They narrowly defeated Big Ten rival Michigan.