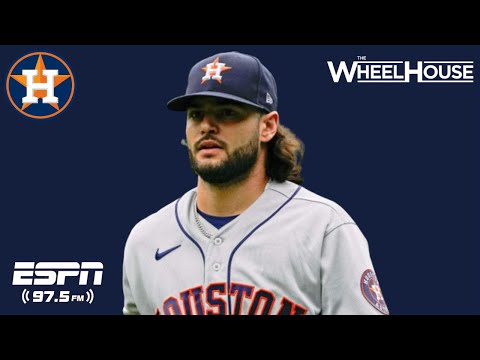 Houston Astros pitcher Lance McCullers Jr. will return this Saturday when his team plays the Oakland Athletics. Earlier, he missed out on almost an entire season due to a right forearm injury. The MLB.com’s Brian McTaggart reported the news on Wednesday.

McCullers sustained his injury in last season’s playoffs. He suffered a forearm strain, which limited him from attending practice and regular season games.

The right-hander wrapped the 2021 season with a stellar display of a 13-5 record and an ERA count of 3.16. Before he went to recovery the following year, the star pitcher posted 185 strikeouts in 162+1⁄3 innings in over 28 starts.

McCullers received support from fans throughout his recovery.

“I love you guys,” McCullers wrote in March this year. “Thanks for the constant support. I hope to wear an Astros jersey my entire career and hope health days are ahead. Every athlete wants to be on the field every second they can be.”

When asked about his injury that month, the 2017 All-Star replied that it would not need surgery as the doctors were confident it “will resolve itself”. Instead, he resorted to taking rehab to slowly recover.

"(The doctors) are all pretty confident this will resolve itself. We’re not going to cross that bridge (surgery) unless we absolutely have to,” he said. “I’m going to have a good amount of rehab here for at least a couple weeks and we’ll kind of see the next steps. I have to do a building up process and the whole thing.”

The 28-year-old remained optimistic that he could return to pitch this year and compete with pitcher Justin Verlander for the Cy Young award.

“I was looking to continue to build off that. I was hoping this year to come and compete for a Cy Young with my locker mate (Justin Verlander) and now I’m rehabbing again, so it’s frustrating in that sense,” McCullers said.

“I feel a responsibility for the organization and to the fans to be out there and pitch, so that’s weighing on me as well. It’s not a situation where I was not trying to prepare for spring training or I was doing things I wasn’t supposed to do in the offseason. I was trying to get ready the best I could. I take my role here and on this team very seriously and I really want to be out there with our guys. It’s just something that’s going to have to wait.”

McCullers made his MLB debut with the Astros after the team selected him 41st overall in the first round of the 2012 MLB Draft. However, he would remain in the Class A Midwest League, Class A-Advanced California League, and Class AA Texas League before his official entry into Houston's main lineup in 2015.

The team signed him to a five-year contract extension worth $85 million in 2021, which also included a $3.5 million signing bonus. Not long after inking the extension, McCullers had to enter the injury list after Game 4 of the 2021 American League Division Series against the Chicago White Sox.