Volunteers defeat Gators in SEC, to proceed to NCAA Tournament 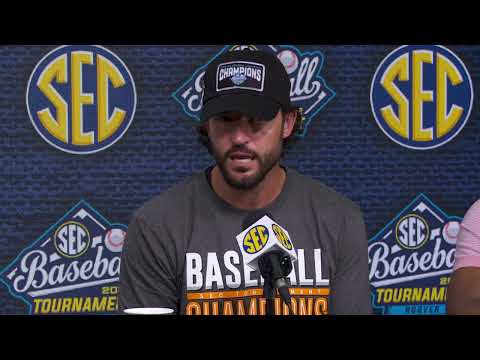 Head coach Tony Vitello and his Tennessee Volunteers team claimed SEC standings No. 1 over the Florida Gators 8-5 on Sunday, May 29. The team is now set to proceed to the NCAA Tournament.

The Volunteers' last SEC Tournament title was way back in 1995. Earlier, the 2022 SEC Coach of the Year alongside the No. 3 seed Volunteers only managed to claim the seventh place in the final standings of the 2021 NCAA Division I Baseball Tournament. The team defeated fellow SEC contenders LSU in the Knoxville Super Regional final.

The Volunteers’ dominance in the SEC Tournament demonstrates that they are one of the best teams both in the conference and among other national big names, thanks partly to Vitello's hard labor.

The head coach inherited a college baseball program that had little NCAA Tournament experience in the past. Tennessee had missed its entry to the tournament in 1997, 2007, and 2008 when Vitello entered to coach for the program. Additionally, the Volunteers had not made any College World Series entry since 2005.

Vitello tried his best to ensure that not only the program strives under his care, but also spread its dominance in the conference and among national teams in addition to winning more games than the team could handle. The end result saw quite a number of the head coach’s success stories with the team.

The 2021 NCBW Coach of the Year also was responsible for Tennessee’s record of 40 games won in 2018 and the team’s outstanding record in the 2019 NCAA Regional.

The head coach continued running his gigs last season where the Volunteers claimed a 50 win record in the College World Series. This outstanding record led Vitello and the Volunteers to triumph over the Gators on Sunday.

The team wrapped the SEC Tournament with a 53-7 record. Surely, it was one of the best moments the program ever had, but for the head coach, it was beyond that. Vitello said, “It is my life”.

As much as it was a team effort, the head coach sang high praise for the team as he stood alongside his boys for a team picture after the game with a trophy in their hand.

“Got what they’ve got coming to them,” Vitello added.

Winning the SEC Tournament is a testament to the Volunteers’ dominance in their quest to win the NCAA Tournament. Whether Vitello and his boys will succeed is another question, but, looking back, it is worth noting that Tennessee was three points away from hitting 60 wins. In other words, the Volunteers performed way above the past nine champions that only averaged 51.4 wins.

“One of the better (SEC) teams that I've seen in the 20 years that I've been around, without question.”