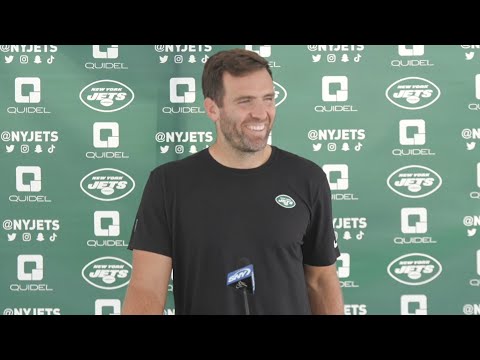 In the final week of the NFL preseason, the New York Jets clinched a 31-27 win against their city rivals, New York Giants. The Jets were led by Joe Flacco as QB in the offensive lineups due to Zach Wilson’s injury. Flacco, who was listed as a starter, made an interception that was said as an “embarrassment” that came from him, according to several sources.

Flacco's pass got intercepted when he did his final snap. It happened when he was pressured by the Giants' defense lineups. He managed to evade the pass rushers and was trying to convert a first down in third. But, he walked back to throw a fadeaway pass that went straight into Giants’ linebacker Austin Calitro, which resulted in an interception, that led to a 35-yard return touchdown tallied by Calitro himself, according to Brian Costello of the New York Post.

Costello said that if Sunday’s win was a regular season rehearsal for the Jets’ offense, they may want to delay the season opener, in which, he added that the Jets’ first-team offense could do better.

The highlight video of Flacco’s interception made several people react on Twitter. Connor Hughes of the Athletic analyzed the video and said that Jets running back Mike Carter was shown free and left unguard by Calitro.

"You can see Mike Carter break free there. The problem is that Calitro breaks with him," Hughes said. "Flacco doesn't see Calitro. Or he did and threw it right to him anyway."

As sourced by The Spun, a fan replied to Giants’ official Twitter account and said his reaction to the video.

“No matter how bad it gets. No matter how long it takes to get back to contending for division titles every year. We will never be the New York Jets”

Flacco’s interception made the Giants score a 10-3 game before the Jets tied it to 10-10 when Mike White subbed in to lead the Jets’ offensive lineups. Moreover, despite being underperformed, Flacco recorded a total of 76 passing yards with seven passing completions from 12 attempts.

With the play and the interception, Joe Flacco, who listed as the first backup quarterback, made the fans would be pessimists about the Jets’ NFL campaign due to his performance as there is a possibility of Flacco could start in Week 1 of the NFL regular season, according to several sources.

Aside from Flacco’s performance, the matchup between Giants and Jets showed a fierce point-chasing game. The Jets started with a lead at the half, which was scored by White two straight passing touchdowns, as wide receiver Braxton Berrios caught 21-yard to tie the game to 10-10, while another receiver Jeff Smith caught the 19-yard pass that was thrown by White shortly after, which made the Jets lead the game 17-10.

The Giants chased down the score by when Jashaun Corbin ran for a 1-yard touchdown, followed by tight end Austin Allen’s 18-yard touchdown reception. The score went 17-24 for the Giants.

Then, Jets wide receiver Denzel Mims who recently asked the Jets for a trade request last week, tallied the 29-yard touchdown reception when he caught a pass from quarterback Chris Streveler to tie the game 24-24. Mims summed up his game with six passing receptions 91 passing yards and a touchdown.

Kicker Ryan Santoso added the score and gave the Giants a 27-24 lead when he scored a 49-yard field goal.

In the Jets’ last snap, wide receiver Calvin Jackson secured the win by receiving Streveler's 5-yard pass at the fourth down with 22 seconds left in the fourth quarter. Jackson tallied the deciding touchdown for the Jets, which led to a 31-27 win.

With the result, the Jets stopped Giants' win streak this preseason and made them drop their record to 2-1, while the Jets went undefeated with 3-0.