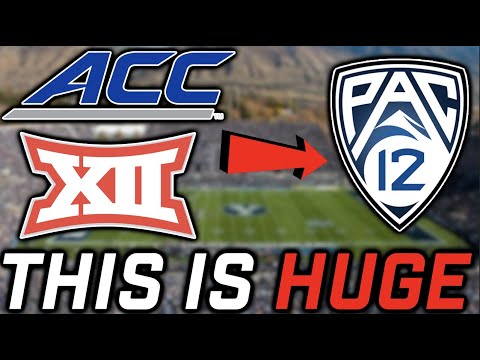 The announcement that USC and UCLA would join the Big Ten in 2024 has completely altered the landscape of collegiate football. The realignment is expected to take place after the Texas Longhorns and Oklahoma Sooners announced their intentions to join the SEC last year.

Now, after James Madison joined the Football Bowl Subdivision and Sun Belt, the next round of conference realignment began.

Prior to this, multiple calls were made between members of the Pac-12 and the Big 12, which is in an advantageous position following the Longhorns and Sooners' unexpected announcement.

Instead, the league that will soon be dominated by Houston, Cincinnati, BYU, and UCF could be the offensive force if it wants to end the 108-year run of the conference that used to be called the Pacific Coast. But Notre Dame hasn't decided if it will join a conference yet, and it is unlikely that much will happen until then.

As school officials investigate the league's rights grant that extends through 2036, any expansion involving ACC teams is also on hold. Schools outside the biggest targets, namely Oregon, Washington, Clemson, Miami, and others, will continue their musical chairs in the meantime.

The Big 12 will meet Tuesday with Arizona, Arizona State, Colorado, and Utah, according to the 247Sports website. The CBS Sports' Dennis Dodd noted that the league has also been in "deep discussions" with Oregon and Washington, which can lead to the Big 12 making a few potential decisions on conference expansion.

While Big Ten expansion may be done, it makes little difference since Notre Dame has both time and power on its side. They may join the Big Ten if the compensation is too good to pass up and/or making it to the playoffs becomes a challenge to maintain success.

Any solution to this round of realignment that keeps the new Big 12 whole is a win for the league. The worst thing that could happen to the Pac-12 is for it to merge with the Mountain West in some way.

Oregon and Washington, both national champions, have competed for two titles since 2010 and have attended five Rose Bowls since 2001. These two Pac-12 institutions are also the only ones in the CFP.

A merger between the Big 12 and the Pac-12 remains a possibility, but a source told CBS Sports that, at least for the Big 12, the process of finalizing its membership could be done in weeks, not months. Three of the four new Big 12 schools are from the American Conference, including BYU, Cincinnati, Houston, and UCF. This is part of the story about where the Pac-12 is going as the league went out to sell its TV rights early this week.

The Pac-12 is going to market with ESPN and Fox, but none of its ten teams have committed to staying together. The Big 12 had already been watching the West Coast, where they were prepared to take players.

Clemson, Florida State, Miami, North Carolina, and Virginia have all been mentioned as possible realignment partners. However, they are attending a convention for which they have a television arrangement. This reveals the current state of affairs. There will be no end to the number of superconferences that are happening.