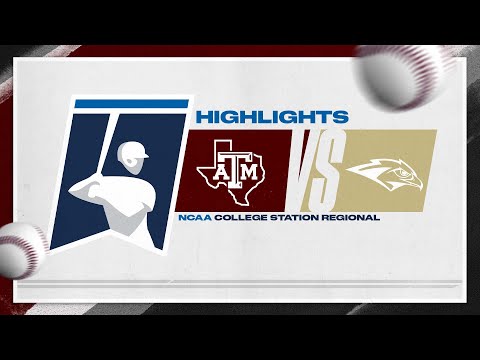 The Aggies made a comeback to the NCAA Tournament after 13 consecutive trips last season.

The game started with the Golden Eagles leading and the Aggies had an early deficit. However, the Aggies were quick to take over the game when Jordan Thompson hit a two-run homer in the second inning.

In the fifth inning, Austin Bost made it 3-1 with a sacrifice fly. Bost added another three-run homer in the seventh inning, and Jack Moss doubled in two runs for a six-run lead in the eighth. Micah Dallas also went five innings as the team’s starter, while Joseph Menefee struck out seven in three innings.

On the other hand, the Golden Eagles were unable to give their best play as the team let a prime scoring opportunity slip away during the seventh inning. Even so, the players’ performances were still worth noting.

Jackson Loftin managed to score on a Holden Breeze double during the eighth inning. Along with Loftin and Breeze, Mac McCroskey and Joshua Cox also struck two hits each. The team’s starter pitcher, Legend Smith, managed to strike out six batters and allow three runs in 41/3 innings.

Even though the team lost, the players still recorded some points. Breeze reached two doubles in the contest while Caleb Denny extended his on-base record to 27 games. On the other hand, Loftin stretched a record hit streak to 11 games while McCroskey recorded an on-base streak of 21 games.

The Golden Eagles’ loss resulted in a 2-6 all-time record against Texas A & M. In NCAA Regional play, the team is currently 34-35 all-time. The Eagles will make their 30th NCAA Tournament appearance against the TCU Horned Frogs in Saturday’s noon match.

Competing in the NCAA Division I Championship, both teams recorded the first head-to-head record in this game.

The Golden Eagles, on the other hand, have no record of matches in the 2019 NCAA Division I Championship. Records showed the team played against several teams such as the Dallas Baptist Patriots and Arkansas Razorbacks, where the team lost all three matches (two matches against the Razorbacks).

The tournament started on June 3 with 64 teams playing in regional play. The regional play will end on June 6, where 32 teams will be selected by the Division I Baseball Committee on an at-large basis.

Following the conclusion of regional play, the Super Regionals will be held from June 10 to June 13. Selected teams will compete in the College World Series, which will take place from June 17 to June 27.