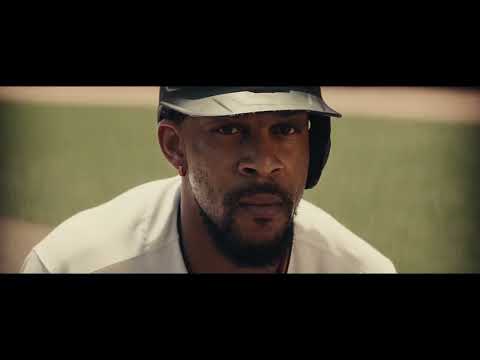 The MLB unveiled the All-Star game uniforms Monday this week, featuring dark gray jerseys for the American League and a simple white look for the National League. Both jerseys are decorated with gold lettering for the name of each team.

With only a week away from the MLB All-Star Game, MLB collaborated with renowned international fashion and sportswear company, Nike, to provide designs for jerseys and hats. The company said that the designs were inspired by “the fame and fortune of the city of angels” and “the club-specific chest graphic is drawn from the gold sheen of Hollywood award shows".

The All-Star Game is one of the most awaited games in MLB. This year, the event will be held at Dodger Stadium on July 19.

The 2022 All-Star Game marks the first time LA hosts such an occasion in 40 years. The feat influenced how Nike designed the jerseys.

“I don’t know if I’m necessarily in love with that,” Dodgers third baseman Justin Turner said last year. “To wear a Dodger uniform on the field for an All-Star game, it’s something to be proud of.”

Nike wrote on their blog that the design team tried to have “contrasting designs” for both Leagues.

“Nike’s variety in uniform design has been on full display during the 2022 season. Inspired by the fame and fortune of the City of Angels, the 2022 Nike MLB All-Star Game Jersey arrives in contrasting designs for the American League team (dark gray) and National League team (white),” Nike said.

“The club-specific chest graphic is drawn from the gold sheen of Hollywood award shows. On the jersey’s left shoulder is a star patch celebrating the player’s selection to the game. A game patch on the right sleeve pays respect to the host club, the Los Angeles Dodgers.”

All jerseys will have a star patch on the left sleeve, which will represent each player’s selection to the All-Star game, and a patch on the opposite side is reserved specifically to honor the Dodgers as the hosting team. Similar to regular team jerseys, the back side will have both the player’s last name and number.

Nike also confirmed that while this year’s design was built from last year’s uniforms, the company provided new updated designs for seven new teams in the MLB. Such an approach means that this is the second consecutive time the event will be decorated with various All-Star Game-specific jerseys.

“The City Connect philosophy puts MLB clubs at the center of the design process. The clubs shared their goals, mottos, local inspirations and more to create a jersey unique to their communities.”