Jabari Smith Jr. to work out with Magic, Thunder in pre-draft visit 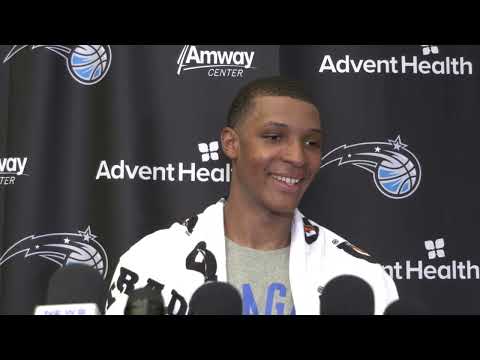 The Orlando Magic and the Oklahoma City Thunder are the only two NBA teams that have arranged workouts with the Auburn forward Jabari Smith Jr. The forward made this statement on Thursday.

According to Rookie Wire's Cody Taylor, Smith Jr. had a two-hour pre-draft workout with the Magic on Thursday at the Amway Center before Smith's final workout session with the Oklahoma City Thunder.

Smith Jr. is widely expected to be first selected in the NBA draft in 2022. Hence, the Thunder are unlikely to be able to acquire him.

The Thunder appears to be doing their due diligence by organizing a workout with Smith Jr., as this will be the only opportunity for the two parties to meet before the draft.

Smith as a top prospect

Jabari Smith Jr. will be one of the most sought-after players in the NBA Draft in 2022. During the 2021-22 collegiate season, Smith guided Auburn University to the second round of the NCAA Tournament after leading the Tigers to a 28-7 record.

Smith is expected to go in the top three when the draft begins on June 23 in Brooklyn. However, the Houston Rockets, who now possess the No. 3 overall pick, do not appear to be interested in signing him.

Smith disclosed to the media in Orlando that the only team that interviewed him during the NBA Combined was Oklahoma City, which took place in May.

Smith decided not to meet with the Rockets. He will be the first player selected with the first overall choice in the draft because he is considered the best prospect in the country. However, the Thunder will likely land the 6-foot-10 forward if the Magic opt for one of Smith's rivals.

Smith to help his new team

While Smith's drive to be a great player was evident throughout his time with the media, his desire to help the team was more apparent. All his thoughts focused on the future team he hoped to join one day.

The message he wanted the Magic to take away was that he is a team player willing to do whatever it takes to help the team succeed. More importantly, he'll do whatever his team needs him to get there, whether as the club's leading scorer or as a floor spacer and defender.

"I want it to be that I'm a team player," Smith said following his Thursday workout. "I'm not worried about stats or accolades or anything like that. My main goal in life is to win an NBA championship. That's my goal. No matter if I average 30, no matter if I average 10, that's what I want to do. Whatever a team wants me to do to impact winning, that's what I want to do."

Every Magic fan is familiar with Smith's positive and negative attributes. His versatility and ability to score from the mid-post have made him one of the most sought-after wing players.

On the downside, he needs to show off and improve his passing and decision-making to get better off the dribble and get more shots. In the three months following the Draft, Smith says he worked hard to keep his body in shape and improve his skills.

Smith averaged 16.9 points, and 7.4 rebounds per game with 42.9/42.0/79 percent shooting splits last year. He has the wingspan and mobility to match. Definitely the type of player that the Magic like.