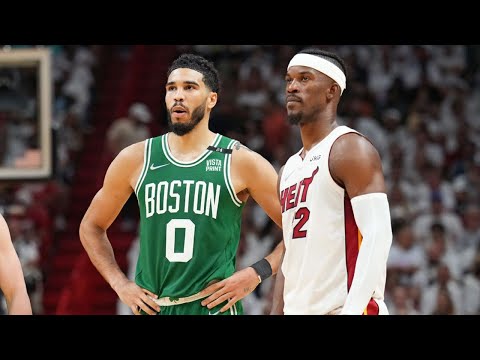 The Boston Celtics is heading to the NBA Finals after defeating its Eastern Conference rival the Miami Heat in Game 7 on Sunday at FTX Arena. Boston’s tiebreaker was long overdue after exchanging a series lead with the Heat in previous games.

Celtics forward Jayson Tatum who made a team-high of over 20 points was seen wearing a purple yellow armband with the number 24, the jersey number of legendary basketball player the late Kobe Bryant. Tatum made a tribute to Bryant his favorite player as motivation in Game 7.

The honoring gesture was seen by NBA enthusiasts, including Black Mamba fans as something fitting for Tatum, not only because the professional forward helped Boston defeat Miami, but many came to believe that Tatum will push himself to defeat the Golden State Warriors in the final.

The Celtics last won the NBA title in 2008. Since then, the franchise tried its best to get another title win but to no avail. This year, Boston has been given the chance to win the NBA championship title against Golden State.

Playing the Heat in Game 7 had the Celtics claimed an early-game lead as they visited their conference rival’s home turf at FTX Arena. Boston was leading in the first quarter with 32-17 and Tatum was responsible for eight points. Miami on the other had center Bam Adebayo and forward Jimmy Butler each made six points.

In the second quarter, Miami tried to catch up with the visiting team by adding 32 points. The hosting team had demonstrated a strong comeback potential during this quarter when the visiting Boston appeared to have struggles registering more points. Butler made a whopping 18 points, while scoring points rival Tatum had five.

Entering the second half had the Heat trailed behind the Celtics with 55-49. In the third quarter, the hosting team added 26 and the visiting made 27 points. It was apparent that Miami made fewer early game points compared to Boston.

The fourth wrapped with Miami hitting 21, while Boston managed 18 points. Tatum who made 26 points, six assists, and 10 rebounds explained that winning over the Heat means everything to his team.

“To get over the hump with this group, it means everything,” the three-time NBA All-Star said.

Butler and co. almost had the win for themselves. But, despite the strong second-half performance, the franchise was bested by Boston in the first half of Game 7. Butler had 35 and Adebayo followed in second with 25 points.

“The Boston Celtics did what they came out here to do in this series,” Butler said.

Heat head coach Erik Spoelstra said post-game that the defeat was one of the tough moments. Spoelstra was well aware his men made better field goals count of 37 of 88 compared to the Celtics’ 35 of 85.

“It's just one of those really tough moments,” Spoelstra said. “You can't prepare for it—It's one of the worst feelings into the world to address your locker room after a game like this.”

Up next, Boston will take on Golden State in the NBA Finals.