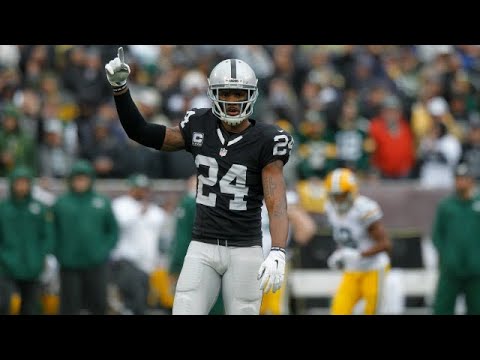 The Michigan Wolverines are renowned for providing opportunities for young athletes to play high-level football. Linebacker Junior Colson, who was selected as a Freshman All-American in 2021, is the most recent example. ESPN columnist Bill Conelly issued a list of the 50 best true freshmen of all time, which included two former Michigan players.

Two former Michigan players who made it to the list were Charles Woodson (1995) and Chad Henne (2004). Both of them went to illustrious careers at the pro level by winning the Super Bowl, at least one time each.

Woodson took college football by storm, picking off five passes in his first season, two of them were in the 31-23 win over Ohio State.

“You don't become the only defensive player in 60 years to win the Heisman Trophy if you don't start generating attention immediately,” Conelly explained his reason for putting Woodson on the list.

“A record-setting rusher from Ohio, Woodson came to Michigan to play defense and became a first-stringer almost instantly.”

Heisman Trophy is an individual award given to a player who has an outstanding season in college football. The award was named after John Heisman, the director of Downtown Athletic Club, the creator of this trophy.

Initially, the award was created to recognize the most valuable college football player east of the Mississippi. The first winner of this trophy was Jay Berwanger, the halfback of the University of Chicago.

From Michigan to Super Bowl

Woodson’s football journey continued from Michigan to the Oakland Raiders. His defensive ability led him to another individual award, NFL Defensive Rookie of the Year by the Associated Press. He also reached his first-ever Super Bowl with the Raiders but lost to the Tampa Bay Buccaneers.

Woodson subsequently joined the Green Bay Packers in 2006, where he played an important defensive role. He won the Defensive of the Year trophy with the team in 2009, his second defending award after NFL Defensive Rookie of the Year with the Raiders.

Also with the Packers, Woodson won his first and the only Super Bowl trophy he ever won during his career.

Another Michigan alumnus who made it to Conelly’s list was Chad Henne in 2004. Conelly said that Henne was relatively an average passer but an outstanding player out of the gate.

“He never really improved his passer rating was between 130 and 143 for all four years of his career but Henne was a stunning success out of the gate,” Conelly said. “The blue-chipper from Reading, Pennsylvania, threw for 2,743 yards and 25 touchdowns and led the Wolverines to a 9-3 season.

“In a classic Rose Bowl loss to Texas, he went toe-to-toe with Vince Young, throwing for 227 yards and four touchdowns," he continued.

Henne completed his college career by completing 828 of 1,387 passes for 9,715 yards, 87 touchdowns, and 37 interceptions. He was drafted in the second round by the Miami Dolphins in the 2008 NFL Draft and was the fourth quarterback chosen behind Matt Ryan, Joe Flacco, and Brian Brohm.

The Wyoming-native quarterback moved to the Jacksonville Jaguars in 2012 and left for the Kansas City Chiefs in 2017. He won his first Super Bowl with the Chiefs after beating the San Francisco 49ers in the final.