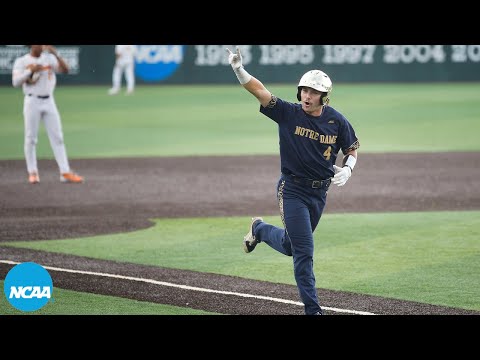 The Notre Dame Fighting Irish beat the Tennessee Volunteers 8-6 in Game 1 of the Knoxville Super Regional. The victory became interesting considering the Vols are the No. 1 national seed. 1.

The next game represents a new challenge for the Vols, as they need to win two games in a row to earn a ticket to the College World Series for the second year in a row.

The Irish win the match

The Irish scored four home runs to beat the Vols in Game 1 which was held at Lindsey Nelson Stadium. The home run that resulted in this unexpected victory was scored by several Irish players who had maximum performance in the match.

Carter Putz opened the points by making two home runs at the end of the first inning. This put the Irish ahead 2-0 over the Vols.

In the second inning, Jared Miller made a solo home run so that his homer made the Irish again get a total point of 3-0. Jack Zyska as the hitter for the Irish also contributed two home runs in the 3rd inning so the score increased to 5-0.

Even though the Vols had scored one home run to cut the points deficit, Jack Brannigan again made three home runs in the fourth inning. This point was then maintained and made the Irish win over the Vols in Game 1.

How Vols lost the match

The Irish managed to score a total of eight runs on four home runs which were one each in the first four rounds of the match. The point prompted the Vols to start trimming a 7-run deficit which was the team's biggest deficit this year.

Trey Lipscomb pushed it to 8-2 with a solo home run at the bottom of the fourth inning. Jorel Ortega followed with a solo shot in the 6th inning so the points increased to 8-3.

Lipscomb returned with a double 2-RBI in the 7th inning so that the deficit was able to be reduced to 8-5. The final point was scored by Jordan Beck hitting a solo homer in the ninth inning to make it a 2-run (8-6).

Those efforts were still not enough to get the Vols to continue their rally and put them ahead of the Irish.

Both Gilbert and Anderson were expelled from the match for engaging in a strike call debate with plate umpire Kellen Levy. Reports say Gilbert was speechless when Levy threw him, which led Anderson to come to protest.

In a statement, crew chief Billy Van Raaphorst said Gilbert was debating a few shots from center court over the second inning. Raaphorst had already warned Gilbert to address his comments to the team rather than the referee or the Irish.

Rhaaporst said that Gilbert left the arena while shouting cursing and swearing. "He said OK and that he just got excited. During the 5th inning after the 1st hit, the Tennessee batsman Gilbert shouted an expletive." He also said that Gilbert was eventually expelled from the arena for disturbing the match.

Gilbert was unable to play in Game 2 as a result of the incident, while Anderson was forced to serve a multi-match suspension.