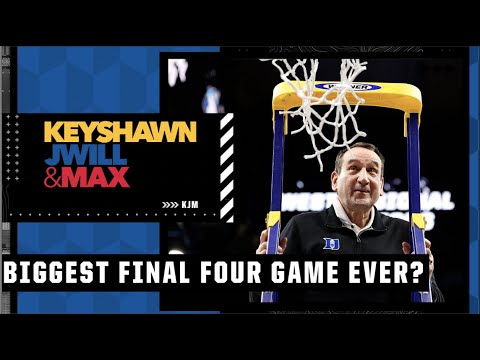 On Saturday, the Duke Blue Devils and the North Carolina Tar Heels will meet in the NCAA's Final Four. It will be the first time these two schools have faced off in the tournament.

The game is expected to be the biggest in college basketball history. Jay Williams, a former Duke player, called it the biggest matchup in the tournament's history.

Not many people thought North Carolina would make it to the Final Four of the 2022 NCAA men's basketball tournament. Through the East Region's improbable run, the Tar Heels reached the Final Four to go against archrival Duke.

Despite the two schools splitting their regular-season series, Duke still holds a slight lead over North Carolina in the last 101 games. Duke has 51 victories while the Tar Heels have 50. The Final Four between those two will be a neck-to-neck battle.

In Mike Krzyzewski's last home game as Duke's head coach, the Tar Heels defeated the Blue Devils 94-81. It means that North Carolina has a chance to send Krzyzewski out with a loss in his last game at Duke. However, the Blue Devils can still take revenge, win the game, and secure a spot in the championship game. 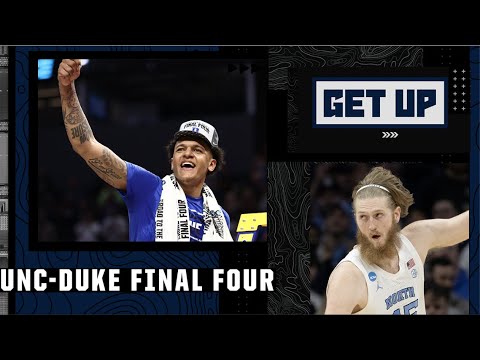 Jay Williams on 'the biggest game in college basketball history'

Williams knows a thing or two about leading a successful team at Duke. He was a two-time All-American and the 2001 Associated Press Player of the Year.

During an episode of "The Keyshawn, JWill and Max Show" on March 28, Williams said defeating North Carolina would have been a great achievement for Duke's legacy.

"This is the biggest game in college basketball history," the former first-round NBA pick said. "…The pie in the sky would have been Duke-Carolina in the national championship. This is the next-closest thing."

He then noted that the two schools are already considered the biggest rivals in sports. The former Duke star also mentioned that this season will be Krzyzewski's last.

"The fact that North Carolina ruined Coach K's senior night, his last season ever coaching, his last game ever at Cameron Indoor Stadium," he continued.

"North Carolina came in, and that was an event, and they won. They celebrated on the court. There was that coaching mishap with Chris Carrawell not shaking Hubert Davis' hand, you had Nolan Smith, who kind of gave him the look away. The rivalry is there, and there is nobody as a Duke fan that I want to see more in the Final Four than North Carolina."

The 40-year-old Duke alumnus from New Jersey then mentioned that a win against North Carolina would have meant that Krzyzewski would win a championship in his last season as the head coach of the Blue Devils.

"It would be so serendipitous to win against North Carolina, to have Coach K in his last season win a national championship to go through North Carolina. If we lose, we lose, but you can't ask for a better opportunity as a Duke player," Williams said.

Krzyzewski is regarded as one of the best coaches in college basketball history. He is currently second all-time in NCAA championships with five, only behind John Wooden's 10.

Both the Tar Heels and the Blue Devils are regarded as some of the most successful programs in the history of college basketball. North Carolina has six national championships while Duke has five.