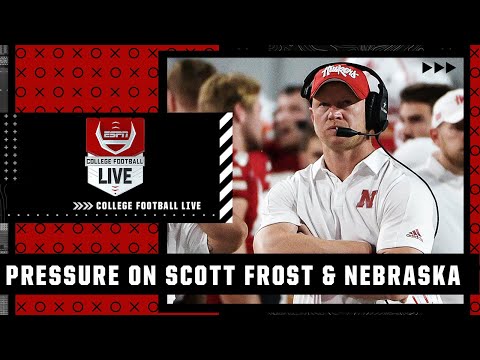 Nebraska Cornhuskers could expel head coach Scott Frost after the team lost their preseason opener to the Northwestern Wildcats, according to sources.

Mark Schlabach of ESPN said that Frost’s four-season coaching career at Cornhuskers is a “disaster” with no bowl game accomplished.

“One of Nebraska’s favorite sons, Frost’s tenure at his alma mater has been a disaster. The Cornhuskers have gone 15-29 in his four seasons and haven’t made a bowl game under his watch,” he said.

“He took a $1 million salary reduction, and his buyout gets cut in half to $7.5 million after Oct. 1," Schlabach added. "The Cornhuskers will start 3-0, but penalties and turnovers will continue to doom them during a 1-3 stretch after that. Athletic director Trev Alberts will cut him loose after a loss at Purdue on Oct. 15."

On the other hand, Frost’s performance has been watched by several media, including CBS Sports, which rated him as one of the five stars of “win or be fired”. It is reported that Frost is one of the coaches from the Big Ten conference who is sitting on the hot seat for the 2022 season.

It happened when the Wildcats led by three points in the second half before Frost made the decision to call an onside kick, which changed the momentum in the third quarter and led to the Wildcats' 31-28 victory. According to ESPN, Frost is already on a seven-game losing streak.

On the other hand, Frost gave his statement due to the Cornhuskers’ loss in a post-game press conference. He said on behalf of the team that they performed well in the preseason.

“We got a lot of the right people. We got to do a good job of making sure that group of people comes together as a team," he asserted.

"Anytime you bring new people on board, you gotta get everybody on a greater than on the same page. And we’ve done a good job of that in the offseason, but there’s still work to be done,” Frost said.

To kick off the game, Cornhuskers quarterback Casey Thompson threw a pass that was caught by wide receiver Isaiah Garcia-Castaneda and led to a 32-yard touchdown, while the Wildcats tallied a field goal late in the first quarter, making the score 7-4 for the Cornhuskers.

In the second quarter, Thompson rushed for a one-yard touchdown, adding the score to 14-4 for the Cornhuskers. Then, Wildcats scored two consecutive touchdowns to close out the first half with the lead of 17-14.

Moreover, Anthony Grant tallied two touchdowns in the third quarter, including a 46-year rushing TD that made the Cornhuskers lead the game 28-17. Then, the decision came from Frost, which let Wildcats make a one-score game that led to Evan Hull’s winning touchdowns. Also, Xander Mueller managed to intercept Thompson’s pass with two minutes remaining times.

For the upcoming game, the Cornhuskers will face the Oklahoma Sooner, and there is a possibility of Frost could be expelled or coached for the game again, reports say.