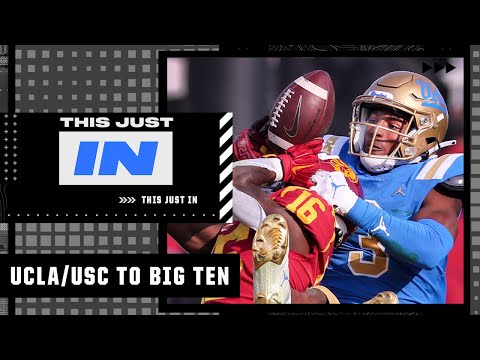 The confirmed departure of the USC Trojans and UCLA Bruins to the Big Ten left quite a mark in the hearts of college sports enthusiasts. While the move is seen as a threat to the Pac-12, the reality in UCLA suggests otherwise.

Reportedly, the Bruins’ finance is not in great shape, and hopping to the Big Ten could save the school from its debts that have been piling up over the past three fiscal years. In addition, UCLA will likely cut some of its sports had the program chosen to remain in the Pac-12.

Los Angeles Times’ UCLA beat writer Ben Bolch noted that UCLA was heading “for an Olympic sporting Armageddon” and the move to the Big Ten would save the program instead.

The move to the Big Ten was crucial for the Bruins and was beyond tempting since the school could refill their resources through strategic investment, which can be found within the new conference.

Bolch explained that the school’s athletic department had a $102.8-million budget deficit, and the number would get worse considering the program’s football team failed to generate revenue due to the low numbers of games played in the Pac-12. He continued to explain that the Pac-12 Conference was lagging behind other conferences.

“Over the last three fiscal years, UCLA’s athletic department had run up a $102.8-million deficit that figured only to worsen given the school’s sagging football attendance and paltry Pac-12 payouts that lagged behind its major conference counterparts,” he wrote.

Via LA Times on Tuesday, UCLA athletic director Martin Jarmond explained that it was difficult for the program to maintain investment while carrying on its debts.

Jarmond further explained that the conference move would garner more resources for the Bruins, allowing the school to “reimagine” its athletics department.

“If you love Olympic sports, you should be a fan of this move,” Jarmond said.

“When your program is in significant debt, it’s difficult just to maintain, never mind to invest. This not only preserves the programs now — which was not a given — but also will allow us to invest in them. This move allows us to reimagine what UCLA athletics can be with more strategic investment and resources.”

Despite the Big Ten sounding more lively and lucrative than the Pac-12 — joining USC in the new conference might not be the answer for UCLA. It is undeniable that the school could make $100 million, but that is only if the Big Ten is able to secure a billion worth of media rights deals.

“Now it’s conceivable that the Bruins could receive $100 million from the Big Ten per year if the expanded conference can snag the projected $1-billion media rights deal that’s set to begin in 2024,” Bolch continued.

It remains uncertain how UCLA will deal with its limping athletic department and financial debt. What is certain, however, the school is on the verge of terminating its sports teams before the move to the Big Ten can take place.