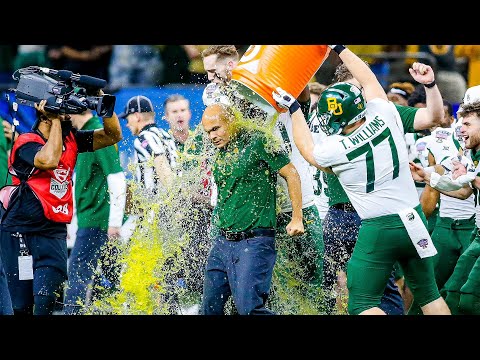 Baylor Bears head coach Dave Aranda has penned a contract extension to keep him as the coach through the 2028 season. Under Aranda's leadership, the Bears won a Big 12 title and were ranked in the top five of the final Associated Press rankings. The school announced that the head coach has agreed to a contract extension on Tuesday. It was first reported that the contract was extended by mutual, verbal agreement. Since the contract extension announcement, Baylor has not yet disclosed any details regarding the new deal. In a statement, Aranda thanked the university's officials and the Waco community for their support during his two years at the helm. "My family and I are truly appreciative of the tremendous support we have received from Mack, President (Linda) Livingstone and the entire Waco community," he said. "I look forward to continuing the work we've started on and off the field in the years to come."

Aranda has a 14-9 record in his two years as the head coach at Baylor. After Matt Rhule left, he became the school's head coach to become the Carolina Panthers' head coach. During his first season at Baylor, the team went 2-7. Due to the outbreak of the COVID-19 pandemic. Moreover, the 45-year-old coach also could not participate in the school's spring practices. The team improved its defense and secured a spot in the Big 12 championship game in 2021. The victory was secured after safety Jairon McVea pushed Oklahoma State's Dezmon Jackson out of bounds before scoring a touchdown. The school's only other Big 12 titles were won in 2013 and 2014 when former coach Art Briles led the team. Briles' contract then terminated in May 2016 after a sexual assault scandal rocked the school. Under Aranda, the team has received 10 All-American honors from various media outlets. Among the individuals who earned All-America status were Connor Galvin, Jacob Gall, and Trestan Ebner. Aranda was named the Big 12 coach of the year after the team defeated Ole Miss in the Sugar Bowl. The victory also marked the first time the Bears finished with a 12-2 winning record. 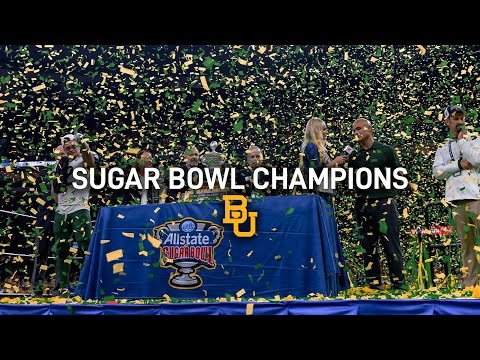 Baylor athletic director Mack Rhoades lauded Aranda for leading the program to unprecedented success. He said the coach has brought national recognition to the university and the Waco community. "Dave has brought unprecedented success to our football program both on and off the field. He has brought tremendous national exposure and acclaim to our institution and the greater Waco community," he said. "Dave is, without question, one of the most brilliant minds in college football across the country." The university is reportedly pleased to extend Aranda's contract after another successful season. According to Livingstone, the decision to extend his deal was made because of the way he represents the university and its student-athletes. "Coming off the most successful football season in Baylor history, we believe he has our football program and our student-athletes poised for ongoing development and sustained success. We appreciate how Coach Aranda represents Baylor, and his sincere commitment to our Christian mission and our student-athletes is evident in all that he does," said the president.