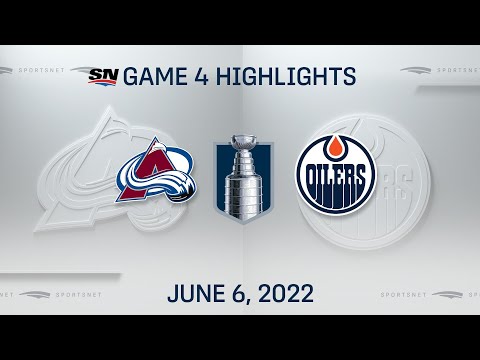 The Colorado Avalanche defeated the Edmonton Oilers 6-5 on Monday in Game 4 at Rogers Place. The victory for Colorado had the hosting Edmonton being eliminated from the Western Conference Finals in a humiliating complete sweep.

Heading to the Stanley Cup final, the Avalanche will either play the two-time defending champion Tampa Bay Lightning or the New York Rangers.

Advancing to this year’s Stanley Cup final is a historic mark for Colorado. The last time the team made it this far was way back in 2001.

Colorado coach Jared Bednar sang high praise for his men for sweeping the Oilers off the board and not allowing the series to be pushed back to Game 5. The Avalanche had a sub-par performance in the second period for not registering any points, while Edmonton made three.

"I'm proud of the guys; we didn't play great, especially in the second period and we had some mistakes," Bednar said.

"They capitalized, and we talked about it after the second and wanted to make sure that we came out and played our game and we did that and we gave up some goals after fighting back into it and had to fight back into it again. It's just resilience, belief, guys just wanting to win and that's stepping up and making plays at key times and we saw that tonight."

Defenseman Cale Makar was responsible for Colorado’s early lead in the first period. Makar registered his only goal and wrapped the game with four assists. The game enters the second period with the Avalanche 1-0 lead.

Edmonton returns the favor in the second period hitting a whopping three points while limiting the visiting Colorado to not making any points. Left winger Zach Hyman made his goal to tie the game 1-1 at 7:39 of the period after a pass from fellow left winger Leon Draisaitl.

Centerman Ryan Nugent-Hopkins made his goal to propel the team to a 2-1 lead at 16:57 on a breakaway. Much later at 18:54, centerman Connor McDavid made his goal and the game enters the third period with Edmonton leading far 3-1.

Colorado bounces back in later periods

Both teams were competitive in the third period, the hosting team added two, while the visiting Colorado had four points. Defenseman Devon Toews paved the way for the Avalanche to score more points in the period only to have Hyman add another for Edmonton 4-2.

Left winger Gabriel Landeskog had his goal at 8:58 of the period. Thus, it marked Colorado’s revival to clutch the game in later periods. Centerman Nathan MacKinnon tied the game to 4-4 at 13:30 after a successful pass from Finnish professional right winger Artturi Lehkonen. The third goal for the visiting team was made by right winger Mikko Rantanen and the scoring board had Colorado leading over Edmonton 5-4.

Right winger Zack Kassian managed to tie the game to 5-5 in the fourth and both teams enters the overtime where Colorado successfully bounced back with a single goal via Lehkonen at 1:19.

“It was a good bounce," Lehkonen said. "I got a tip on the first shot and then it bounced right on my tape."