After Colorado Avalanche’s last tour, the team is back to pack their bags again as Josh Manson and his teammates face Sunday night’s Game 6 against the Tampa Bay Lightning. They hoisted the trophy a year ago in the same arena to become back-to-back champions. Now they will fight again in a chance to win the Stanley Cup.

The Avalanche realized that they face an enormous obstacle in their quest to win their first title as a group and the first since 2001 when they face a desperate opponent with more playoff experience. 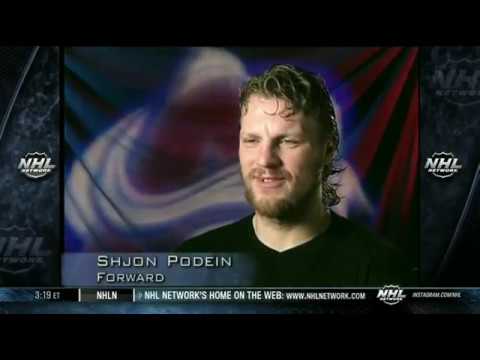 “You have to have that desperation because it’s the finals,” Manson said on Saturday in Denver before flying to Tampa. “You can’t look at the number of games we have left. You have to be desperate in every single game.”

Colorado to avoid a second loss

Colorado hopes to avoid suffering a second consecutive loss in Game 6 that would force them to play Game 7 at home on Wednesday. Meanwhile, Tampa Bay is looking to complete a three-peat with just one more victory. And it even has a plan to deal with that scenario while playing against a more experienced playoff opponent.

Manson argued that the setback taught the Avalanche determination, but the stakes were bigger in the finals.

“I know how badly our boys want it now: they worked for it,” said coach Jared Bednar. “There’s a certain level of stress and anxiety that you have to try to get out of your head in order to perform at your best.”

The Lightning is well-versed in mental gymnastics, and they’ve even picked up a few new moves in this postseason. For the first time since losing in the first round of the 2019 playoffs, they could not win a series in the Eastern Conference Finals and had never fallen 3-1 behind in a series until now.

Coach Jon Cooper and his players know exactly what to anticipate from both teams in Game 6 after surviving elimination once previously and winning 11 straight games.

“There’s no doubt that we’re better equipped in those situations because you feel like you put yourself in the shoes of the other teams as well and what they have to think, what you think when you’re in those situations and like games expired,” Cooper said. “It’s experience. … And experience counts.”

The most recent and painful experience for the Avalanche was the opportunity they missed to join the Lightning as the only team to win the trophy at their home arena in any of the previous seven seasons.

However, earlier setbacks in the playoffs toughened the group to deal with adversity. After their loss by a score of 3-2 in Game 5, the Avalanche's leaders already placed it as something in the past.

“We’ll be right back on our feet,” remarked captain Gabriel Landeskog, emphasizing the significance of having a short memory in the playoffs. “It’s a seven-game series. It’s not meant to be easy, and it won’t be.”

Before the championships began, star center Nathan MacKinnon echoed that sentiment. He was delighted the Blitz hindered Colorado’s way from capturing the trophy since it was a proper test for a winner.

There is no greater test than completing it on Game 6 on the road in Tampa.

“We believe in our room that we can win every game we play,” said defenseman Devon Toews. “Especially as back-to-back champions, we know we’re going to need our best game to finish this game.”