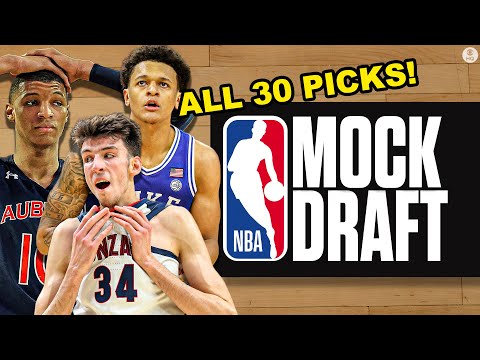 ESPN has reported that a list of players invited to the green room has been released. The information came from sources familiar with the draft, who revealed that 11 prospects had already received their invitations last Thursday, while five others received theirs on Monday this week.

If the report was accurate, the draft’s green room is still missing four prospects since there are usually 20 green room attendees each year.

The sources also added that the other four attendees would likely receive their invitations on Wednesday this week. The information on whether or not additional slots will be provided by the NBA for the draft remains to be seen.

The list of the green room attendees has been the talk of the town this week, with multiple media outlets blasting names ahead of the June 23 deadline.

TyTy Washington, Tari Eason, Jalen Williams, and MarJon Beauchamp are believed to be the strongest candidates to receive the remaining invitations to the draft’s staging area. According to the sources, the final four prospects will receive their invitations on Wednesday this week.

According to multiple reports, the process of deciding which draft participants to be invited to attend the draft on-site involves communications between presidents or general managers of each team.

In order to make the calling in the first round faster, the NBA will ask teams to vote for the top 25 players they want to hear first. What follows are the remaining agendas of the draft, including the second-round pick.

Receiving an invitation to the draft does not necessarily mean that the prospect is guaranteed to land a spot on a team. There has been quite a number of instances in the past where prospects ended up failing the second round despite sitting in the green room, including Bol Bol, Deyonta Davis, Nic Claxton, Maciej Lampe, and Rashard Lewis among others.

All the 20 draft prospects mentioned above are included in the top 23 on ESPN’s Top 100 rankings. With only a week away from the draft deadline, it is safe to assume that teams have wrapped their pre-draft workout session after weeks of packed schedules with draft participants.

Leading to the draft's deadline, rumors surrounding draft prospects have started to swirl up. Therefore it is also important to note that the list is subject to change and names that are not yet included may end up being invited.

Thus, it is best to wait and keep expectations low until the NBA officially releases its version of the list. Qualifying to enter the green room is a kickstart for players' professional careers in the big league.