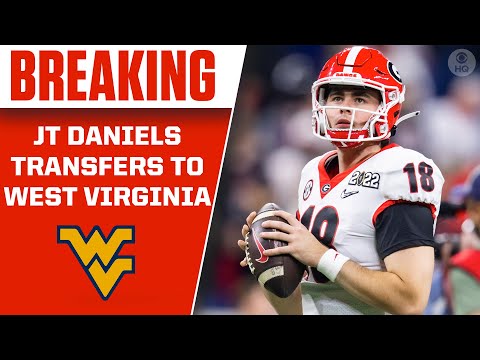 Quarterback JT Daniel arrived at West Virginia Mountaineers in the summer of 2022 as a graduate transfer to fill the vacant spot of Jarret Doege, who had departed for Western Kentucky. He has since made quite the impression on the team.

The Mountaineers are also in mid of fixing their lineup after losing some of their best defense pieces. They are down to three starting defensive players, currently led by defensive tackle Dante Stills.

“J.T. (Daniels) has come in and been really humble in his approach,” head coach Neal Brown said. “He knows he’s got to win the competition. There’s nothing promised to him on the way in, but he’s done a great job connecting with our players. He’s done a great job getting his body where it needs to be. He’s in really good shape. He’s really confident. The key for him is to stay healthy.”

Daniels spent most of his collegiate career as a redshirt player. He was a former five-star recruit who committed to the USC Trojans’ class of 2018. He applied for the QB starting position on the team and was given the role following his outstanding display of athleticism in the two-week fall camp in 2018.

The 2021 CFP National Champion missed a game during his one-year stint with the program due to a concussion. USC was limited to a 5-7 final season score in 2018, but Daniels threw 2,672 yards, made 14 touchdowns, and ten interceptions in only 11 games.

In 2019, Daniels tore his ACL as the team played Fresno State. His injury restrained him from posting stellar stats, costing him the starting QB position to Kedon Slovis.

Trojans head coach Clay Helton announced on April 16, 2020, that Daniels had entered the transfer portal. The Gonzaga Bulldogs laid eyes on him that year. Daniels was granted eligibility to play, and in November 2020 he was given the starter position. The 22-year-old wrapped that season by throwing 1,231 passing yards, ten touchdowns, and 2 interceptions. Out of 119 passing attempts, Daniels made 80.

The team gave Daniels’ starting position to Stetson Bennett, who only made two interceptions and had an overall poor season performance. Daniels decided to hit the transfer portal. He was acquired by West Virginia earlier this year.

Brown acknowledged the experience Daniels brought to the table, saying he was "extremely intelligent".

The 42-year-old also praised the QB for how humble he was when he entered the locker room. Having Daniels play in the team is significant for Brown. The program is preparing for its season opener game in Pittsburgh on September 1 and a matchup against the Kansas Jayhawks nine days later.