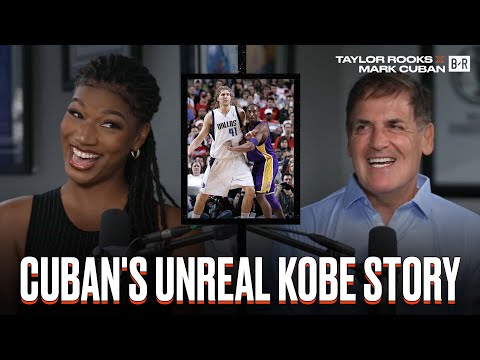 Dallas Mavericks owner Mark Cuban shared one of the most hilarious moments in his life and it involved him vomiting out of a limo while going to the birthday party of former NBA pro turned Michigan Wolverines head coach, Juwan Howard. Cuban also recalled the time when he almost landed Los Angeles Lakers star Kobe Bryant.

In an interview by Bleacher Report’s Taylor Brooks, Cuban recalled the event, saying that he was drinking a Wild Turkey by the bottle, and not long after his head was “hanging out the window of the limo”. While Mavericks owner had to endure the booze kicking in, other former players like Steve Nash had a good laugh at him.

At the end of the day, it seems like Cuban had a good night out with fellow players during his younger days. The businessman added he was glad that smartphones were not a thing yet at the time.

Cuban remains one of the NBA’s most laid-back owners. The 64-year-old recalled one of the hilarious events from his younger days, which would likely end up far more embarrassing if smartphones and social media were a thing at that time.

“We were out for Juwan Howard’s birthday party in New York City. It was right before the All-Star break. We had just played the Knicks, I think, and we had extra few days, right? So we were going to go out and it was me, Finn, Dirk, Nash, and I forget who else, Whitley, maybe Wit, I think, and some other folks,” Cuban explained.

“It was ugly. Let's just say that it wasn't long after that my head was hanging out the window of the limo, getting sick, and all these guys are laughing at me, and thank God it was pre-iPhone. Otherwise, I could never live it down.”

Aside from vomiting out of a limo, Cuban also recalled a time when he almost landed the late Kobe Bryant to the team via a trade back in 2007. The Mavs owner shared that both he and former Lakers owner Dr. Jerry Buss had a short discussion at one time. Buss made the first move, saying that LA might part ways with Black Mamba.

“I was going back and forth with Dr. Buss, and I forgot who called who, I think he called me, actually, and said, ‘Look, we think we might be parting ways with Kobe,’” Cuban said.

Cuban was in with the idea and kept on thinking about the possibilities of having Bryant on the team, saying “It would’ve been damn good”. This could have been a wonderful opportunity as the owner could pair the iconic Lakers player with Dallas’ MVP at that time, Dirk Nowitzki.

The deal was almost greenlighted until Lakers general manager Mitch Kupchak stepped in and convinced Bryant to stay with the team. Cuban added the plan “fell apart”.

There was also an interesting conversation between the owner and Nowitzki, as the player said he would gladly be released for Bryant. Cuban quickly bashed off the idea.

“Dirk was like, ‘I would’ve traded me for Kobe,’ and I’m like, ’No, I’m not gonna trade you, Dirk, that’s the whole point,’” Cuban recalled.