Longhorns to head into season without Isaiah Neyor, Junior Angilau 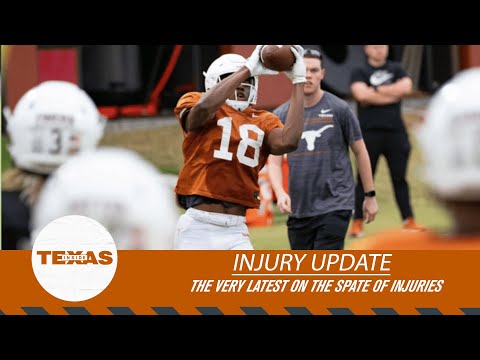 It has been reported that the Texas Longhorns will head into the upcoming season without two players. Wide receiver Isaiah Neyor and offensive lineman Junior Angilau sustained season-ending knee injuries on Saturday during a four-player scrimmage.

Other than the two players, Roschon Johnson came out of the scrimmage with an ankle injury. His injury is not as severe but will put him out of the field for about a month.

Neyor recently transferred to Texas after spending his freshman and sophomore years at Wyoming. He holds the highest record for a receiver in Longhorns with 44 catches in 878 yards and 12 receiving touchdowns. He ranked first in the division last season with 20 yards per catch.

The Longhorns initially planned to field the player as a starter. He was placed between Xavier Worthy and Jordan Whittington as the Z receiver.

On the other hand, head coach Steve Sarkisian moved Hayden Connor to left guard to replace Angilau, who is considered the most experienced offensive lineman on Texas’ roster. Connor was previously placed at right guard. The Longhorns added freshman Cole Hutson to the starting team to replace Connor at the position. Devon Campbell, another freshman, will reportedly start later games at left guard.

Angilau started all 12 games the Longhorns had last year. He served as both right guard and left guard last season.

It is uncertain whether this arrangement will be permanent. However, analysts have predicted that more freshmen will move up in the depth chart as the season progresses.

The Longhorns recorded 5-7 last year, finishing 85th among 130 schools in the U.S. and seventh in the Big 12 conference. They plan to move to the Southeastern Conference in 2025.

A recent prediction by ESPN placed the Longhorns as seventh based on Football Power Index (FPI) for the 2022 season.

Their win probability was predicted to be 73.4 percent. According to the forecast, Texas would likely win most of their games, except for the ones against Alabama, who is this year’s top contender.

However, the prediction was put out before the recent injury news.

In addition to the two players, they also recruited 18 other young talents categorized as four-stars and three-stars. Their recruitments earned the Longhorns the seventh spot in On3 Football Recruiting Rankings.

The Longhorns will start this season facing the UL Monroe Warhawks on September 3 at Texas Memorial Stadium in Austin, TX. It will be the teams’ first meeting since the Longhorns' 2009 victory over the Warhawks.