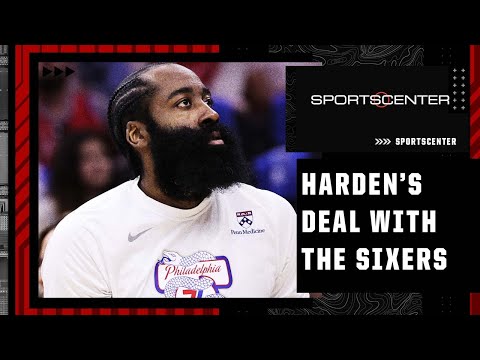 After weeks of negotiation, James Harden finally agreed to a two-year, $68.6 million deal with the Philadelphia 76ers. The shooting guard earlier refused his $47 million option for the next season to give the 76ers a chance to improve their roster.

Harden gave himself a 30 percent pay cut this season with the decision. The Sixers spent the spare money to sign forwards, P.J. Tucker and Danuel House from the Miami Heat and Utah Jazz, respectively.

According to one source, the guard will receive $33 million this upcoming season and another $35 million installments as part of the deal. Harden said he was content with the situation. He put the team before him and let his future with the team be decided by the team’s representative.

“I had conversations with [president of basketball operations] Daryl [Morey], and it was explained how we could get better and what the market value was for certain players. I told Daryl to improve the roster, sign who we needed to sign, and give me whatever is left over, ”Harden said.

“This is how bad I want to win. I want to compete for a championship. That’s all that matters to me at this stage. I’m willing to take less to put us in a position to accomplish that."

As his future with the club is already secured, Harden is busying himself with an off-court affair, promoting his wine brand that will be launched in the near future. The 32-year-old joined the Sixers as part of a trading deal with the Brooklyn Nets that involved Paul Millsap, Ben Simmons, Seth Curry, and Andre Drummond.

“We got some really good pieces this summer, so now it’s time for us to go do the hard work. I’ll be here," Harden said. "Whatever makes this team, whatever allows this team to continue to grow and get better and do the things necessary to win and compete at the highest level.”

Despite being born and raised in Los Angeles, Harden paved his way to the NBA by playing for Arizona-based Sun Devil in 2007. Two years later, he made it to the NBA Draft. He was selected third overall by the Oklahoma City Thunder, which he played for until 2012.

After failing to agree to a contract extension with the Thunder in 2012, Harden was traded to the Houston Rockets, where he signed a five-year, $80 million contract. The 2017-18 season is widely regarded as his prime in the NBA. He signed a $228 million deal with the Rockets, which was the most expensive contract in the history of the competition. He snatched the MVP award when the season ended.

Harden, a three-time NBA scoring champion, made it to the NBA All-Star team for ten years straight from 2013 to 2022. He won the Olympics with the USA in 2012 and a World Cup two years later. A championship ring is the only thing Harden does not have despite making four conference finals—twice with the Thunder and twice with the Rockets.