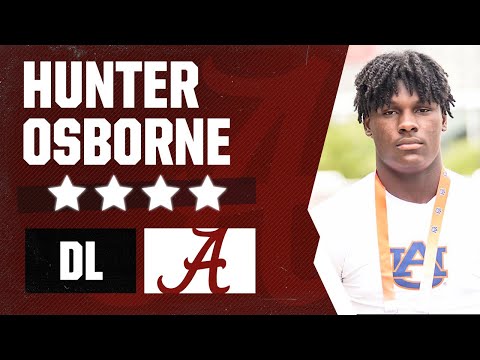 Osborne considered coming to Texas, but after receiving the desired Alabama offer, he chose his home state team. The 6-foot-3, 250-pound made official visits to Auburn and Texas. On June 24, he made his final official recruiting visit to Tennessee before attending a Crimson Tide camp that month.

Osborne had 35 solo tackles, 60 total tackles, ten tackles for loss, 5.5 sacks, and 16 quarterback hurries in a 9-3 junior season for Hewitt-Trussville.

The SI All-American candidate is the No. 133 overall prospect, No. 17 defensive lineman, and No. 11 prospect in Alabama. He is Nick Saban's tenth four-star commit for this year's recruiting class.

Alabama moves from fourth to second in the country with its latest commitment. The Tide is two points behind Notre Dame for the top class.

Clemson has 18 commitments for the current recruiting cycle, with all but two being four-star recruits. 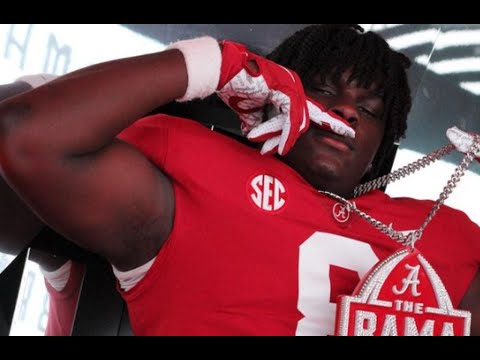 Osborne was adamant he would be their successor. Hewitt-Trussville head coach Josh Floyd had nothing but praise for him.

“First of all he’s a great kid and a great teammate," Floyd said.

"He’s a good leader for us. I feel like his leadership grew over the offseason. He worked extremely hard in the weight room. He’s always been tall and long and all that, but he’s really put a lot of mass on in the last 18 months. That doesn’t just happen overnight.”

Osborne, a four-star defender said his decision in the Huskies' gym on Monday night was a watershed moment in his life.

“I always had Alabama in the back of my head. This is a big opportunity, a big moment in my life. Alabama is home,”

“And we can relate to him off the field. He’s not just a coach you’ll see on the practice field. You can have conversations with him afterward. He’s a great guy. And he can relate to high schoolers really well.”

After committing, Osborne will focus on his senior year at Hewitt-Trussville, which kicks off its season on August 19 against Central-Phenix City High School.

Alabama has also pursued in-state defensive linemen James Smith, Qua Russaw, and Kelby Collins. Eight former Alabama defensive linemen have been drafted into the NFL in the last five years. With Justin Eboigbe and Byron Young being fourth-year seniors, that number is likely to rise after the 2022 season.