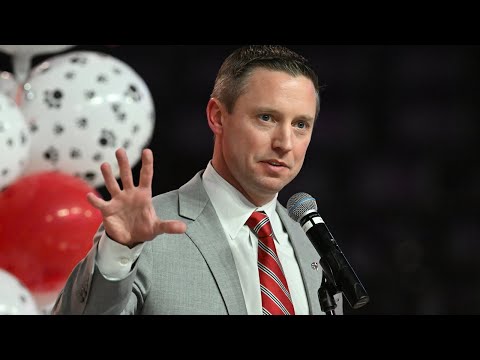 The Georgia Bulldogs’ upcoming schedule has slowly come together. Reportedly, the team will take on the Notre Dame Fighting Irish on Sunday, December 18. The South Bend Tribune’s Tom Noie reported the matchup on Wednesday this week.

Both teams will play at State Farm Arena in Downtown Atlanta and it will be for the first time since both rivals last met in 2011. Moreover, Noie did not provide matchups for the other games.

If the matchup in December were to be true, then it will mark the fourth time that the two have played. The previous three games were played in 1994, 2010, and 2011. The last game saw Georgia as the victor, winning the match 61-57 over Notre Dame on November 22, 2011. This time around, the game between the two will be a doubleheader matchup.

The Fighting Irish were strong in the previous season, the team wrapped 2021-2022 by posting 24-11 in the ACC, closing as No. 2 in the conference standings. However, the program ran out of luck in the NCAA Tournament after Texas Tech bested them in the second round.

Despite an unfortunate run in this year’s NCAA Tournament, the program which is currently led by longtime veteran coach Mike Brey remains confident that the team could achieve wonders in the upcoming season.

Aside from playing the Fighting Irish, the Bulldogs already have a packed schedule in the 2022-2023 season. The complete schedule, which was released Wednesday will feature some of the strongest opponents that will take on the Bulldogs.

For the home-and-home matchups, the program will play Auburn, Florida, Kentucky, Ole Miss, and South Carolina. The game against these teams will be played twice for the home-and-home matchups. Aside from that, the program will also take on Alabama, Arkansas, Auburn, Florida, Kentucky, LSU, Ole Miss, Mississippi State, Missouri, South Carolina, Tennessee, Texas A&M, and Vanderbilt.

As for the conference games, the Bulldogs will be hosting four programs, such as LSU, Mississippi State, Missouri, and Vanderbilt. In addition to that, Georgia will visit Alabama, Arkansas, Tennessee, and Texas A&M.

Additionally, there are other non-conference games scheduled for White and his men, such as visiting Georgia State, hosting Bucknell, and participating in Daytona Beach’s Sunshine Slam tournament alongside three other teams, namely UAB, South Florida, and Saint Joseph.

Despite the list of opponents being released, the information surrounding the time and dates has yet to be announced.

Led by Mike White as Georgia’s first-year head coach, the program aims to post a dominant win-loss record in a total of 18 conference games.