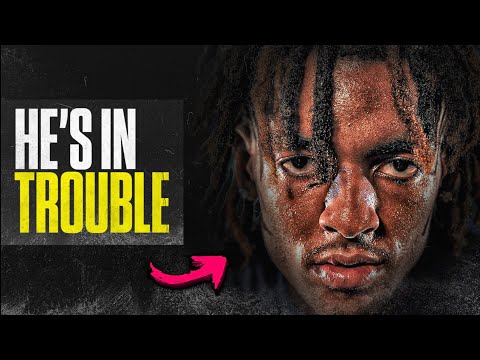 "Eastern Michigan basketball, the University, and our entire community are all thrilled to welcome Emoni back home," Heath said.

"As I have gotten to know him, I am extremely impressed by his love for the game, the work ethic he has for his craft, and the passion he has to be great. In meeting him, I was encouraged by his character and who he is as a person.”

Bates was born on January 28, 2004, in Ypsilanti, Michigan. The 6-foot-9 small forward said he was excited to play for a hometown program.

“I love my city and coming home to do something special was big for me,” Bates said. “I’ve known several of the guys on the team from playing together and competing. Having a strong relationship and bond with my teammates and coaching staff was important to me.”

Bates is the Eagles' highest-rated recruit to sign with Michigan State. He is also the first five-star recruit to play for a Mid-American Conference program and the Conference's sixth student-athlete to receive a four-or-better star rating.

“I realize what a special moment this is by having a No. 1-ranked player in the country in Emoni Bates join our program,” Eastern coach Stan Heath said. “He is an NBA talent and we are committed to winning and helping him and his teammates reach their dreams.”

Bates initially committed to play under Tom Izzo at Michigan State. He later de-committed and chose to join the Tigers.

DraftKings Sportsbook offers the best College Football promo right now. Bet as little as $5 and Win $200 instantly in free bets. What's not to like but do not wait too long as this promo is time limited.

The Memphis star freshman played for one season with the Tigers. He failed to meet the expectations as a 5-star prospect. He appeared in only 18 games for Memphis before sustaining a back injury in February. He would not return until some time in March. He averaged 9.7 points, 3.3 rebounds, and 1.3 assists per game.

“I’d like to thank Coach Penny, my teammates, and the entire coaching staff at the University of Memphis for giving me the opportunity to be a Tiger,” Bates said.

“Thank you Tiger Nation for embracing me and all of you who supported our team throughout this season. With that being said, I have decided to enter the transfer portal.”

Bates was considered the best high school prospect of the decade. Sports Illustrated once put Bates on the cover of its magazine, saying “Emoni Bates: Born For This: Magic, Michael, LeBron… And the 15-Year-Old Who’s Next in Line."

Bates led his Lincoln High School, Ypsilanti, team to its first state championship. Along with this victory, he was named the MaxPreps Freshman of The Year. A year later, after Bates recorded an average of 32.4 points, 9.0 rebounds, and 3.0 assists per game, he was named the 2020 Gatorade National Player of the Year.