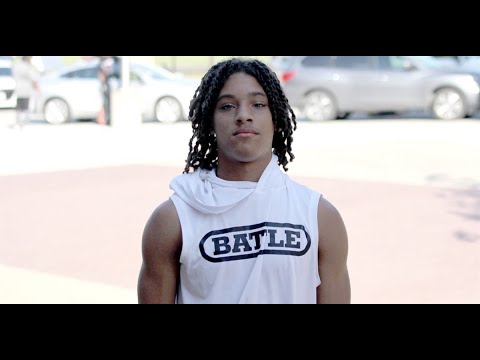 On Friday, Anthony Evans, a four-star wide receiver in high school, announced his commitment to play for the Oklahoma Sooners.

Before the decision, Evans was reportedly joining the Georgia Bulldogs directly from Judson High School in Converse, Texas. However, the Sooners came to secure a commitment from Evans.

Evans said that he already decided his move almost a month ago after his summer visit to the University of Oklahoma, which was planned before. He said that his decision was driven by Sooners wide receivers coach Cale Gundy, whom he met during his visit.

Get a 40/1 odds boost on your first College Football Moneyline bets at DraftKings sportsbook. All you need to do is to register with DraftKings and place a $5 ML bet on any CFB game. This will trigger a $200 free bet instantly. You can read more about this promo that applies to NFL, CFB and MLB here.

However, he said that he was shocked by Gundy’s resignation before he committed to play for the Sooners.

“What really hit me was Gundy, it affected the whole situation,” Evans said. “I had talked to him every day up to that point. That was just shocking to me and killed the whole momentum of going to Oklahoma.”

Evans was stressed about which team he would join after Gundy's resignation, with sources saying it influenced his final decision to join the Bulldogs.

During his visit this week, he said that he could see himself fitting in with the Bulldogs. He is also excited about the possibility of playing early in Athens.

“It was very stressful. I asked God to give me some signs,” he said. “I was stuck between OU and Georgia.”

As Evans made the final decision to be in the University of Oklahoma among the Sooners, he is now a new addition to the team’s offensive lineups.

Evans asserted that his commitment was just “another spot” for him to become one of the best college footballers in the country by 2023.

Evans, who was called one of the fastest attacking playmakers in the country, recorded 10.27 seconds in the 100-meter-run, and a 21.10 200-meter time, which earned him a bronze medal in all 6A in Texas this past track season.

It is reported that his speed allows him to run past defenders, and he combines it with a great footwork move that allows him to stretch from his breaks. That being said, in the Big 12 and SEC, Evans’ abilities are traits that will fit into the Sooners’ offensive play, as Evans could use his abilities in his early college career.

Also, some sources mentioned that there is room for improvement, which Evans could develop in his senior season, but noted that his running ability is not at the level of some other highly recruited wide receivers.

According to sources, Evans has room for improvement, which he could develop during his senior year, but his running ability is not at the level of some other highly recruited wide receivers.