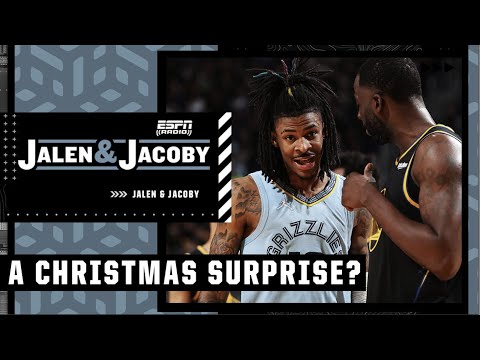 The Golden State Warriors Andre Iguodala dismissed the perceived rivalry between his team and the Memphis Grizzlies on the Point Forward podcast.

Iguodala and co-host Evan Turner were discussing the upcoming Christmas Day game between the two teams, when the small forward said, “It don’t matter what happen in that game. It ain’t no rivalry.”

After the season ended, Golden State’s Stephen Curry told the NBA community, “You don’t wanna see us next year.”

Later, both teams went against each other in the playoffs earlier this year. This time, the Warriors defeated the Grizzlies 4-2 in a six-game series.

There were several “controversial” encounters throughout that semifinal series.

Warriors Draymond Green was ejected in Game 1 after his blocking attempt on Brandon Clarke caused the opponent to fall. In Game 2, Green received an elbow to his face from Xavier Tillman. He made a vulgar hand gesture to Memphis fans as he walked outside the court to receive medical attention.

Dillon Brooks of Grizzlies was also ejected in Game 2 after pulling Gary Payton II’s left arm, causing the point guard to leave the game and undergo an MRI test.

Later on, Green and Morant also brought their arguments to Twitter by “trolling” each other. They commented on the team’s next Christmas meeting, expressing their anticipation.

Nonetheless, according to Iguodala, these incidents were no more than “heated games” like they had with the Los Angeles Clippers in the past.

The Warriors used to have “testy games” with the Clippers in the 2014 playoffs when the latter were led by Blake Griffin and Chris Paul. They defeated the Warriors in a seven-game series that year.

Last season, the Warriors finished third in the Western Conference, while the Grizzlies took second place. However, the Warriors managed to advance to the finals and become the season’s title holder after defeating the Boston Celtics 4-2.

The Christmas day game will be both teams’ first time seeing each other after last season’s playoffs. There will be differences in roster compositions.

Memphis traded Kyle Anderson to the Minnesota Timberwolves. The team acquired Danny Green from the Philadelphia 76ers in exchange for De'Anthony Melton. Memphis also brought in rookies like Jake LaRavia and Kennedy Chandler to the team.

Meanwhile, the Warriors will no longer be joined by Payton and Otto Porter Jr. However, they have Donte DiVincenzo and JaMychal Green who were acquired in free agency. The team reported counts on the development of Jonathan Kuminga and Moses Moody. Additionally, center James Wiseman rejoins the Warriors this season.

There were other games aside from Warriors-Grizzlies to be played on Christmas day. The Los Angeles Lakers will see the Dallas Mavericks, while the Denver Nuggets will go against the Phoenix Suns. Last year’s runner-up, the Celtics, will also face their Eastern Conference rival, Milwaukee Bucks.

This Christmas NBA event started in 1947 and has been going on every year, with an exception of the lockout in 1998. Usually, this event showcases the best teams and players in the NBA.