Alabama has decided to bring back its 2020 safety protocols in preparation to take part in the College Football Playoff, amidst the surge of COVID-19 cases across the country.

In the upcoming College Football Playoff Semifinal, the Crimson Tide will face the no. 4 Cincinnati Bearcats at the At&T Stadium in Arlington, Texas, on Friday next week. Later on, the winner of the game will contest between the No. 2 Michigan Wolverines and the no. 3 Georgia Bulldogs.

The surge of COVID-19 cases, especially with the outbreak of the Omicron variant, has pushed multiple college sports programs and games to a pause. Some are canceled, while some are postponed. 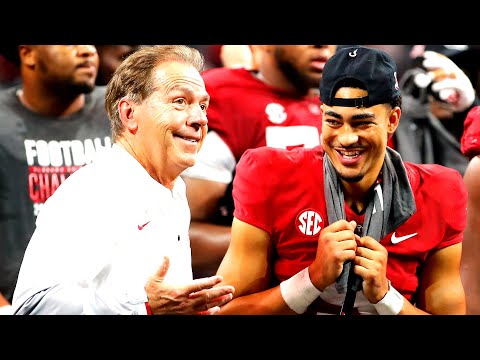 On Monday's press conference, Crimson Tide's coach Nick Saban told reporters that the COVID-19 protocols are already implemented, with mandatory masks in the facility and social distancing in meetings. He also confirmed that 90% of Alabama players are already vaccinated and have received booster shots.

Saban explained the precaution is necessary to help the players stay aware of the ongoing issues and educate them to respect them. This way, all of those involved will remain safe.

To stay at the top of their performance, the players will also get a few days off to spend time with their families, before returning to Texas on December 26 for game preparations. They also want to send them home with a "care package with everything they need to stay safe".

"There's no guarantee, so we want to use every protocol we can to help them stay safe," added Saban.

Meanwhile, in a conversation with WCPO.com, the athletic department representative of Bearcats said the football team continues to follow the latest suggested protocols and information from medical authorities.

"We are continuing to monitor the situation closely and will adjust our protocols as needed," the statement said.

The Bearcats will also take a break for three days during Christmas ahead of the game.

Sports across the country impacted

Apart from the two teams, other schools have started taking extra steps as well by vaccinating their players with the booster shots, such as Michigan Wolverines ahead of a game against Georgia Bulldogs.

Until the coast is fully cleared, every team wants to keep as many players as possible on the field, as the COVID-19 has impacted various other sports programs, including NFL, NHL, NBA, and Men's College Basketball.

The NFL has postponed three Week 15 games due to issues related to the virus. One of them is the scheduled game between the Cleveland Browns and the Las Vegas Raiders, which later on rescheduled to Monday.

The Washington Football Team and the Philadelphia Eagles and between the Seattle Seahawks and Los Angeles Rams were also postponed until Tuesday from the initial schedule on Sunday.